NEW YORK (AP) – Trapped in the rubble of the World Trade Center, Will Jimeno experienced the unthinkable. Twenty years later, he’s still living with it.

Injuries on that fateful day ended his police career. He suffers from post-traumatic stress disorder. He keeps some memorabilia, including a cross and miniature twin towers made of steel of the commercial center.

Almost 3,000 people were killed when hijackers from the al-Qaeda terrorist network of Osama bin Laden rammed four commercial jets into the commercial center, the Pentagon and a field in Pennsylvania on September 11, 2001. However, an estimated 33,000 or more people successfully evacuated the destroyed buildings.

They navigated smoky stairs in the World Trade Center or poured out of a burning Pentagon. Some fled an unearthly cloud of dust at Ground Zero. Others found their way out of pitch-black rubble.

Survivors bear scars and the weight of unanswerable questions. Some are vying for their place in tragedy. But they also say they have gained resilience, determination, appreciation, and determination.

“One of the things I’ve learned,” said Jimeno, “is never to give up.”

“I was a walking zombie”

Désirée Bouchat paused at one of the names on the 9/11 memorial: James Patrick Berger. She last saw him on the 101st floor of the south tower of the commercial center.

“Some days it feels like it happened yesterday,” she said.

At first, people thought the plane crash on the north tower was accidental. There was no immediate evacuation order for the south tower. But Berger led Bouchat and other colleagues at Aon Corp. to the elevators, then turned back to look for more people.

Just as Bouchat was leaving the south tower, another plane crashed into it. Almost 180 Aon workers died, including Berger.

For a while Bouchat said to everyone, including himself, “I’m fine. I live.”

But “I was a walking zombie,” she says now. It worked, but through a fog that took more than a year to clear.

Bouchat finally felt that she needed to talk about 9/11.

She has directed approximately 500 tours for the 9/11 Tribute Museum, a separate unit of the National September 11 Memorial & Museum.

Bruce Powers has also led tribute museum tours. And every September 11, Powers repeats his 7 mile walk home from the Pentagon after the attack that killed 184 people, 10 of whom he knew.

The walk, tours, and hearing of personal stories from other guides “serve me well to deal with what happened,” said Powers, a now retired Navy aviation planner.

The public did not fully understand the survivors ‘losses, says Mary Fetchet, who lost her son Brad on September 11 and founded the Voices Center for Resilience, a support and advocacy group for the victims’ families, first responders and survivors. “Although they are still alive, they live very differently.”

“Survival is only the first part of the journey”

Fifty-one-year-old Wendy Lanski was breathing through an oxygen mask in a hospital bed and said to herself, “If Osama bin Laden didn’t kill me, I won’t die of COVID.”

Almost two decades earlier, the head of health insurance fled from the 29th floor of the north tower and ran barefoot through the cloud of dust from the collapse of the south tower. Eleven of her colleagues from the Empire Blue Cross Blue Shield died.

“The only good thing about surviving a tragedy or a disaster of any kind is that it definitely makes you more resilient,” said Lanski, who was hospitalized with the coronavirus in spring 2020.

But “survival is only the first part of the journey,” said Lanski.

She has the twin towers “9/11/01” and “Survivor” tattooed on her ankle. But the attacks also left other traces that she did not choose.

Images and sounds of falling people and panes of glass are anchored in her memory. She asked herself: “Why am I here and 3000 people not?”

In the course of time she accepted not to know. “But as long as I’m here, I have to count it,” said Lanski.

“It motivates me to lead a better life”

Buried in the dark and six feet or more of rubble from both towers, Will Jimeno was ready to die.

The New York Port Authority and New Jersey Police Department rookie was in searing pain from a fallen wall that pinned his left side. The officer colleague Dominick Pezzulo had died next to him. He had yelled for help for hours. He was terribly thirsty.

“If I die today,” he remembers, he thought, “at least I died trying to help people.”

We’ll get out, he said to Sgt. John McLoughlin, who was trapped with him.

It took hours – pushing back pain, thinking of rescues from past disasters, speaking to stay vigilant – until it was found and saved. Jimeno was freed around 11 p.m. and McLoughlin the next morning. Jimeno underwent surgery and lengthy rehabilitation.

But he says his mental recovery has been more difficult. It took three years and several therapists to help. It also helped tell his story through Conversations, the 2006 Oliver Stone film “World Trade Center,” and his two newly released books on coping with trauma.

September 11th “motivates me to live a better life,” said Jimeno. “The way I can honor those we have lost and those who have been hurt is to live fruitful lives and be an example to others that September 11th did not destroy us.” 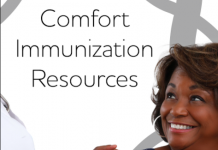 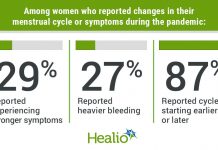 The best pillows on Amazon 2021

Opinion | Students should not suffer from chronic pain in... 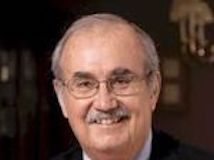 Billy Reed: I fell and broke a few ribs and it...