About five years ago, Richard Bernstein began experiencing a mysterious pain in his right toe.

“I went to my podiatrist,” the 62-year-old Montvale, NJ resident told The Post. “I thought I broke my toe but he couldn’t find anything wrong with it.”

Two years later, the pain was creeping into his ankle, so he consulted a sports medicine doctor who thought he had stenosis — a narrowing of the spaces within the spine that is sometimes treated with physical therapy.

His foot and ankle pain persisted, slightly affecting his mobility. Then, in March 2022, his right leg became noticeably swollen. He went to his GP, who did an abdominal scan during his exam. The doctor immediately sent him to Dr. Michael Grasso, director of urology at Phelps Hospital, who broke some disturbing news.

“He told me I had four days to live,” Bernstein recalled.

Richard Bernstein suffered from toe pain for years but learned it was kidney cancer when he was told he had just four days to live. 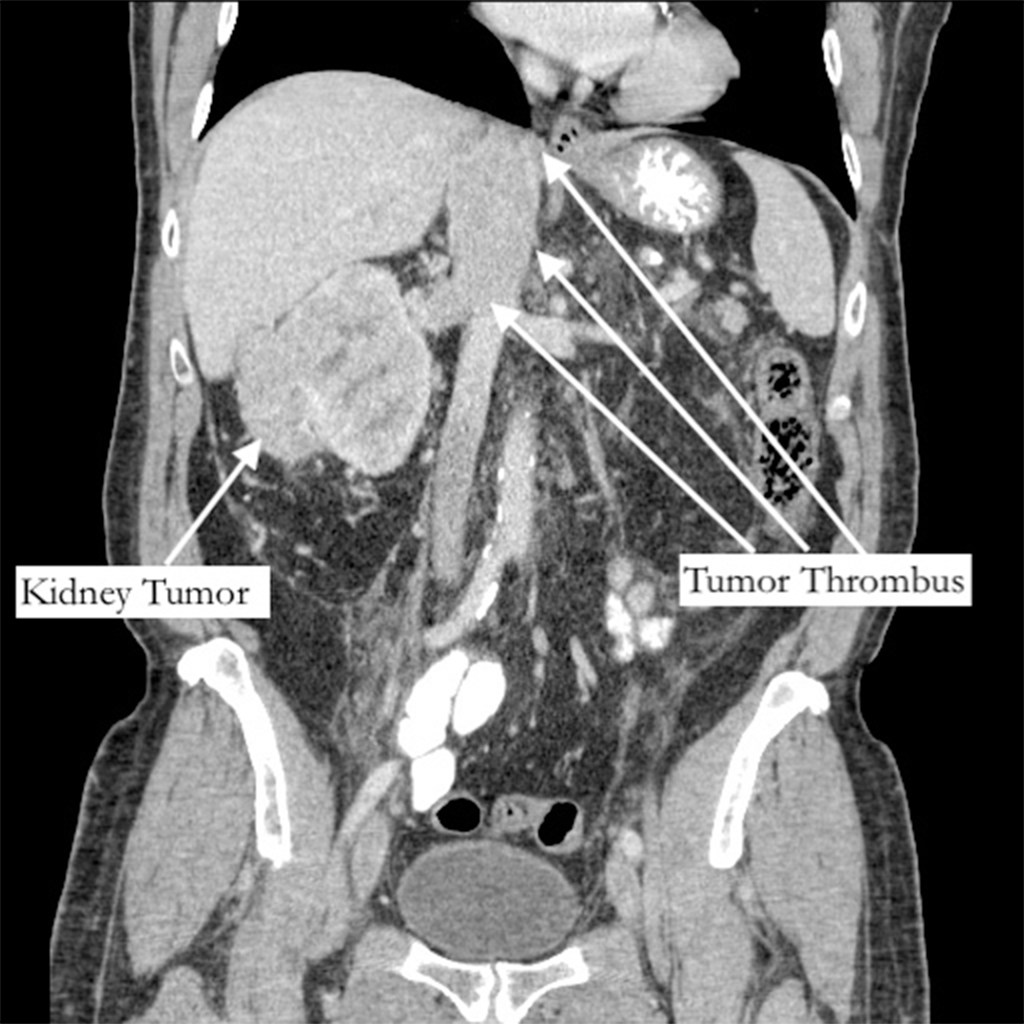 Bernstein’s CT scan of his torso showing his kidney tumor and tumor thrombus.Courtesy of Northwell Health

The abdominal scan showed the married father of one child had a large cancerous kidney tumor and a tumor thrombus that had grown through the renal vein and filled the vena cava, which is the main vein that drains into the heart.

Grasso had Bernstein committed to Lenox Hill Hospital so that he, along with cardiothoracic surgeon Michael Hemli and vascular surgeon Alfio Carroccio, could perform a complex procedure to remove the tumor.

But preoperative testing revealed more pressing medical issues. Two of Bernstein’s main coronary arteries were 99% blocked and his liver was failing because the malignancy was interfering with its function. 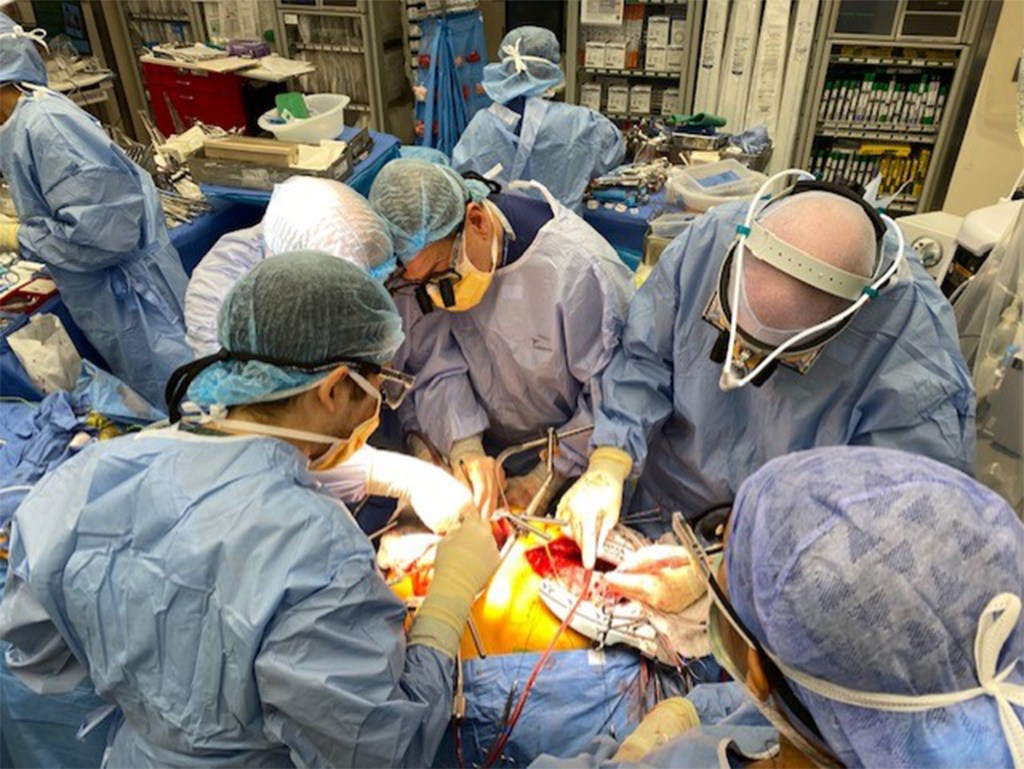 “He walked a thin rope,” Grasso told the Post. “You have two situations that end life in a very short time and happen at the same time.”

The trio of surgeons had to both remove the tumor and perform a bypass. The procedure lasted almost 12 hours and was a kind of medical symphony. 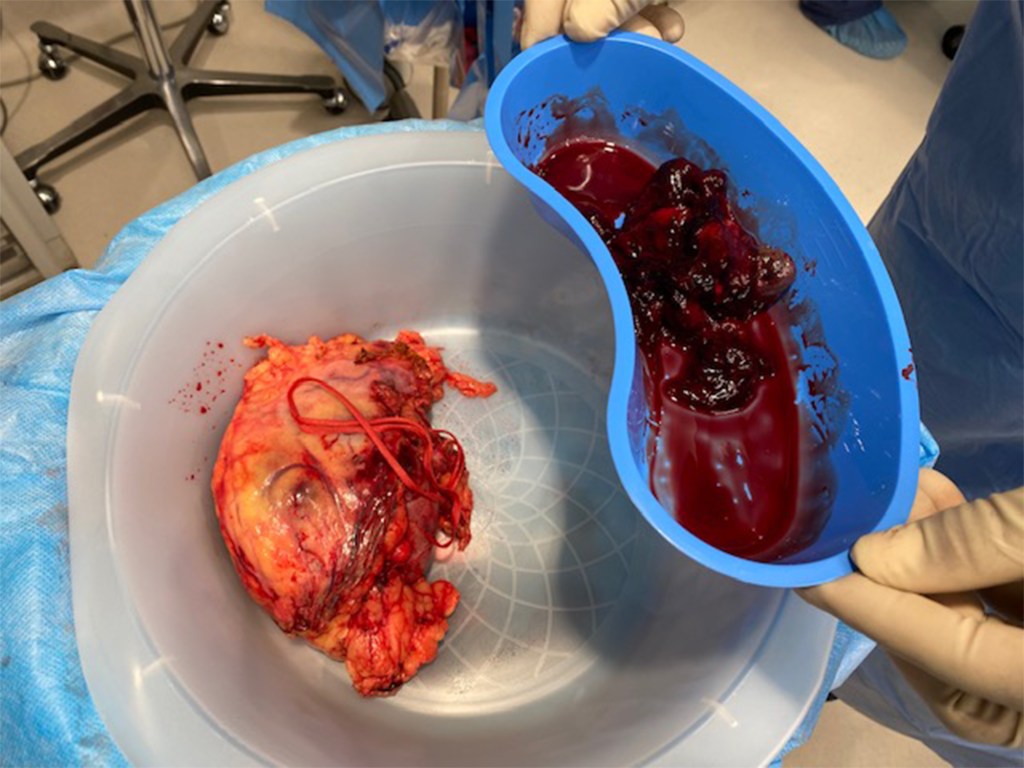 The kidney, tumor and surrounding fat along with the tumor thrombus were removed by Bernstein.Northwell Health

First, they had to “control the circulation” by stopping the flow of blood without damaging the brain. To do this, they connected Bernstein to a lung and heart machine that cools the body to 18 degrees.

“We can’t just open the vena cava and get the clot out and close it again because the bleeding is torrential,” Hemli said. “We want to stop the cycle completely.”

While the body underwent the two-hour cooling process, Hemli and his team performed the coronary bypass. Then the trio removed the kidney and tumor.

The “snake” – ie the tumor and tumor thrombus – to which he referred was about a foot long and weighed nearly 2.5 pounds. 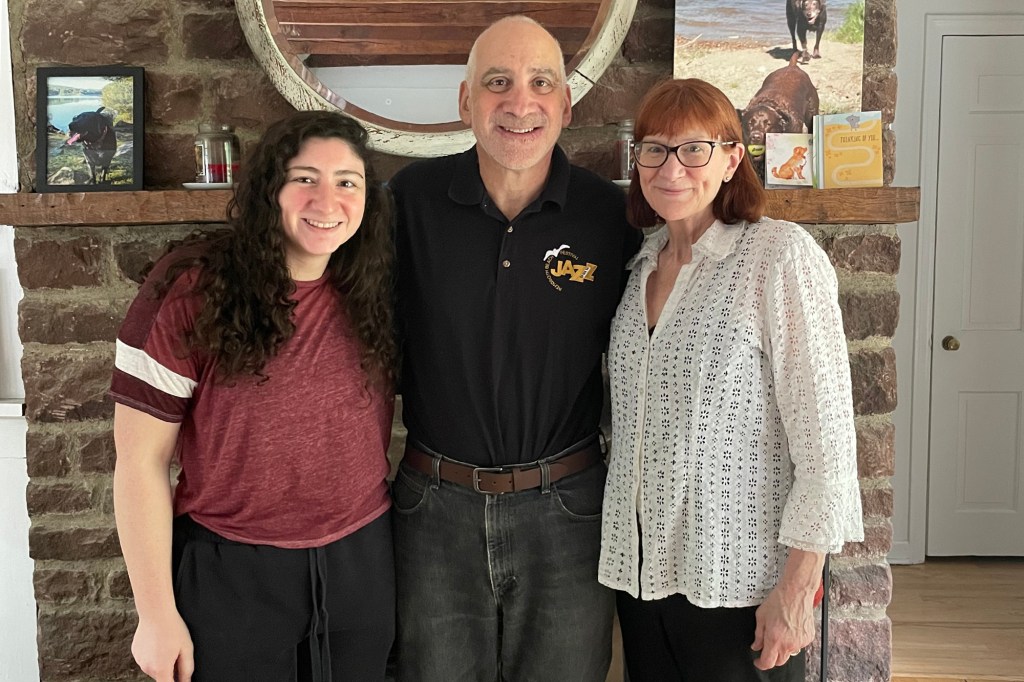 Bernstein with his wife Ann and daughter Emma.Courtesy of Richard Bernstein

“I can’t say I fully realized the complexity when I went in, although Grasso told me it was complex. There wasn’t much I could do about it and [that attitude] got me through it,” said Bernstein.

According to Grasso, the pain in Bernstein’s foot, ankle and leg manifested itself because there was a venous blockage.

“The vena cava was blocked. There was pressure in his lower extremities,” Grasso said.

Kidney cancer is known to appear late when the tumor is advanced. Signs can be vague, like back pain, although urine in the blood is another clue.

Bernstein said he had a small lump on his chest, which his doctor dismissed. Nonetheless, he feels happy.

“If my whole leg wasn’t swollen, I would have dropped dead,” said Bernstein, who was sedated for about three days after the surgery. After a week, he left Lenox Hill for rehab at Phelps Hospital, where he built his strength. He can now walk unaided and is slowly regaining the 30 pounds he lost.

Doctors believe they have removed all of his cancer, so he does not need to undergo any further treatment. His focus now is on recovering from the intense surgery.

“I still suffer from fog a bit,” said Bernstein, who now tells people with vague symptoms not to ignore them.

“There was no serious pain at all. My advice is if something is wrong and you can’t find it, don’t give up looking,” he said. “Trust your feeling for your own body.”

Alabama siblings with rare disease are among the first children to...