A recent study published in the journal Scientific Reports provides evidence that molecules called terpenes interact synergistically with cannabinoids to contribute to the therapeutic effects of cannabis. Research supports a controversial hypothesis called the entourage effect, which claims that the medicinal benefits of cannabis are not due to individual cannabinoids such as THC or CBD, but rather to the broader interactions between various compounds in the plant.

The idea behind the entourage effect came about in the late 1990s after a team of researchers discovered that several fatty acids can increase the activity of the body’s own cannabinoids. Taken alone, these compounds do not affect cannabinoid receptors, but when combined with naturally occurring cannabinoids, they can increase receptor activation.

That little hypothetical minor matter slowly grew into the belief that isolating certain chemicals from cannabis for therapeutic purposes may not be as effective as administering the same chemicals in their native plant form. The idea of ​​the entourage effect was particularly well known in the cannabis world, with proponents of the hypothesis arguing that whole plant extracts are more effective than isolating certain cannabinoids like THC or CBD.

However, the scientific evidence for the entourage effect is still lacking. A critical review of research on the subject published last year labeled most of the work on the entourage effect “unjustifiably optimistic” and warned that the hypothesis is often used to justify “unsubstantiated marketing claims”.

“Claims of cannabis entourage effect rely on ill-defined and unfounded pharmacological activities commonly used to popularize and sell purported therapeutic products,” the review said. “The overestimation of such claims in the academic and lay literature has encouraged their misrepresentation and abuse by a poorly regulated industry.”

There are hundreds of different chemical compounds in cannabis. The two known compounds are the cannabinoids tetrahydrocannabinol (THC) and cannabidiol (CBD). These are the two most active molecules in cannabis, with THC responsible for the plant’s popular psychoactive effects and CBD offering increasingly compelling medicinal uses.

Another class of compounds in cannabis are terpenes. More than 100 different terpenes have been cataloged in cannabis and the molecules are often responsible for the plant’s distinctive smell.

Proponents of the entourage effect hypothesis often suggest that terpenes may play an important role in this phenomenon. However, a robust study published last year struggled to find an interaction between terpenes in cannabis and cannabinoid receptors. Research has also not found any synergistic effects of terpenes in combination with THC or CBD.

In laboratory tests, all four terpenes were found to activate CB1R receptors. These are the most common cannabinoid receptors found in the human body.

But why did this study see terpenes activate CB1R receptors when a previous study reached different conclusions? The UA team notes that important differences in their methodology may explain the conflicting results.

“[The prior] Study of mixtures of terpenes used, with no single terpene making up more than 50% of the mixture; They also used a maximum concentration of 10 μM, while we observed receptor activation at higher concentrations, ”the researchers note in their new study. “These differences explain our observed results. In addition, we used an in vivo model that captures a wider range of potential activity than an in vitro model with very specific results. ”

The in vivo model of the new study showed that all four terpenes reduced the pain perception behavior of the animals. To further test the entourage effect, the researchers used a synthetic cannabinoid called WIN55,212-2 to stimulate the cannabinoid receptors.

The pain responses in the animals were reduced more significantly when terpenes were combined with WIN55,212-2 compared to the administration of either terpenes or WIN55,212-2 alone. The researchers suspect that this is an indication of some kind of entourage effect.

“It was unexpected in a way,” says John Streicher, lead researcher on the project. “That was our initial hypothesis, but we didn’t necessarily expect terpenes, those simple compounds found in several plants, to have cannabinoid-like effects.”

The researchers clearly state that these results have yet to be confirmed with more relevant cannabinoids such as THC, as opposed to the synthetic cannabinoid used in the study. It is also suggested that further work is needed to investigate how this potential synergistic mechanism works, as it is still unclear how exactly these terpenes affect CB1R activity. In addition, it is still unclear whether the results of this study suggest a meaningful result in humans.

The new study is far from proving the entourage effect. The majority of research is still struggling to find an entourage effect in cannabis therapeutic agents. For example, a recent study found no difference in the effects on cancer cells when comparing pure CBD oil with hemp oils with high CBD concentrations.

Streicher is not exactly an evangelist for the entourage effect, despite claiming the phenomenon is possible, and he is carefully researching whether cannabis penes can enhance the pain relieving effects of other drugs. The aim of his work is to find ways to reduce the side effects of common analgesia by lowering the overall dose of medication.

“Many people take cannabis and cannabinoids for pain,” says Streicher. “We’re interested in the concept of the entourage effect, with the idea that we might be able to increase the modest pain relieving potency of THC and not increase the psychoactive side effects so you have a better therapeutic.”

The new study was published in the journal Scientific Reports. 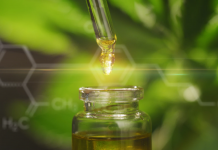 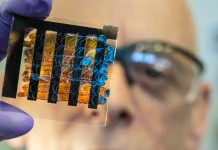 Stigma CBD dog treats are approved for dogs by our taste...