By Keith A. Sharkey, PhD with Kristofer S. Svendsen and Timothy D. Roth

A brief history of cannabis and the discovery of the ECS

Medicinal plants have long been used for their beneficial effects, as many plants produce molecules that have chemical or functional similarities to molecules in the human body. One such example is cannabis. Cannabis has been cultivated for thousands of years and has been around since at least 2700 BC. used medicinally in China, where it was consumed as an appetite stimulant.1

In the 1990s, after the discovery that Δ9-tetrahydrocannabinol (THC) was the main psychotropic compound in cannabis, molecules were identified in our bodies that act on the same receptors that cannabis stimulates. The first endocannabinoid discovered was named anandamide, derived from the Sanskrit “ananda,” meaning “bliss.”2 A whole system of related chemicals, now called the endocannabinoid system (ECS), was then described. And it’s an integral part of the biochemistry that controls the human body.

The endocannabinoid system and the gut

The ECS regulates aspects of almost every organ system in the body, and the gut is no exception. The gastrointestinal tract is a vital organ system of great complexity and sophistication. But much of what we eat cannot be digested without the help of the trillions of microbes that live alongside us in the gut. Gut microbes synthesize essential nutrients, aid in digestion, promote proper immune function, and regulate metabolism. They also make substances that act in the brain and alter its function.

Recent research has found that bacterial by-products (metabolites) also regulate endocannabinoid levels in the gut, which affect motility (movement of food along the GI tract) and gut permeability. The ECS also plays a role in metabolism; Glycogen, protein, and lipid synthesis all require ECS activation. But when the ECS is overactivated, there is an imbalance in the hormones that control hunger. This can lead to a pathophysiological condition of abnormal endocannabinoid signaling that is associated with conditions such as obesity.3,4 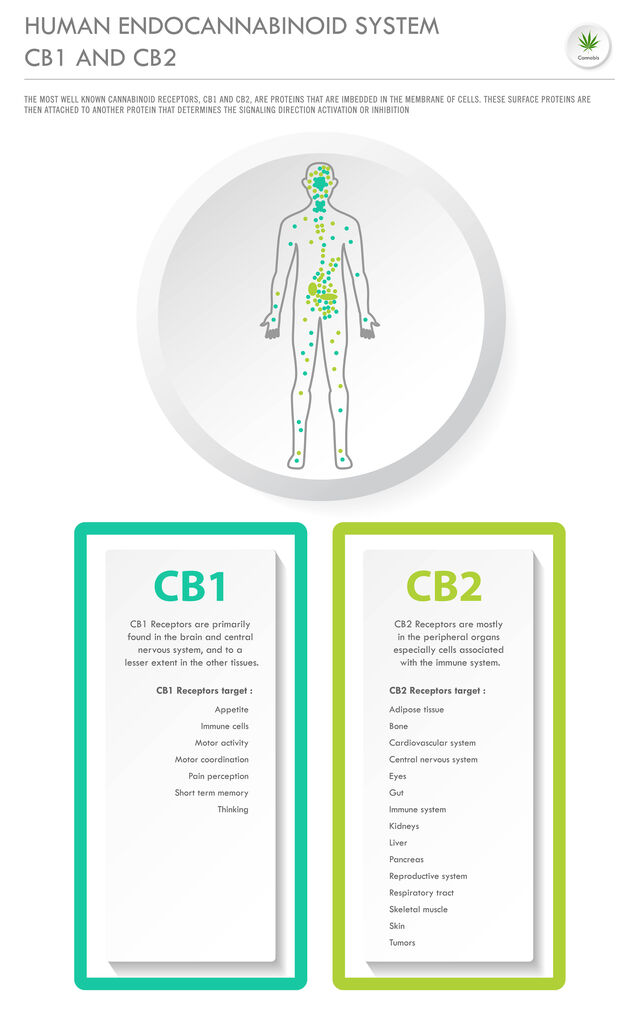 A 2020 study5 examined the role of the microbiome and the ECS in mice with depressive symptoms. The researchers found that the symptoms were accompanied by a decrease in endocannabinoid signaling, coupled with a reduction in fatty acid precursors produced by the microbiome. They discovered that depressive symptoms could be alleviated by supplementing with a Lactobacilli-type probiotic or by pharmacologically increasing endocannabinoid levels.

A follow-up study in Oxford6 examined this effect in the human population using the TwinsUK data registry of twins in the United Kingdom. The authors found that anhedonia (inability to experience pleasure) and amotivation (lack of motivation) could be predicted by the level of microbial diversity in the gut. This association also correlated with fecal levels of the endocannabinoid molecule palmitoylethanolamide. Their results suggest that the gut microbiome ECS plays an important role in motivation and emotional states.

With the legalization of cannabis in Canada and several US states, many people have started using products like cannabidiol (CBD) oil. Although the beneficial effects of these products have been widely reported, recent studies have also shown that regular consumption can have complicated physiological effects.

For example, in a 2020 preclinical study7, researchers showed that daily consumption of CBD oil for two weeks altered the gut microbiome. The authors found that the beneficial gut microbial species Akkermansia muciniphila was increased, but pro-inflammatory mediators were also increased. Therefore, regular consumption of CBD oil can have both positive and negative effects. These results suggest that while cannabis products can bring great relief to some people, more research is needed to understand the full effects of these products on the human body.

The gut microbiome and ECS influence each other and through this relationship influence our psychological and physiological states. In turn, what we put into our bodies can change these relationships, both positively and negatively. Undoubtedly, further investigation of the relationship between gut, brain, microbiome and ECS will lead to new therapeutic discoveries for many conditions ranging from gastrointestinal disorders like irritable bowel syndrome to mood disorders like anxiety and depression.

The Best CBD Products For Pain

South Africa’s Cannabis/CBD Industry Expected to Grow at a CAGR of...

What’s New with Cannabis Compliance in Wisconsin? The Legal, The Illegal,...