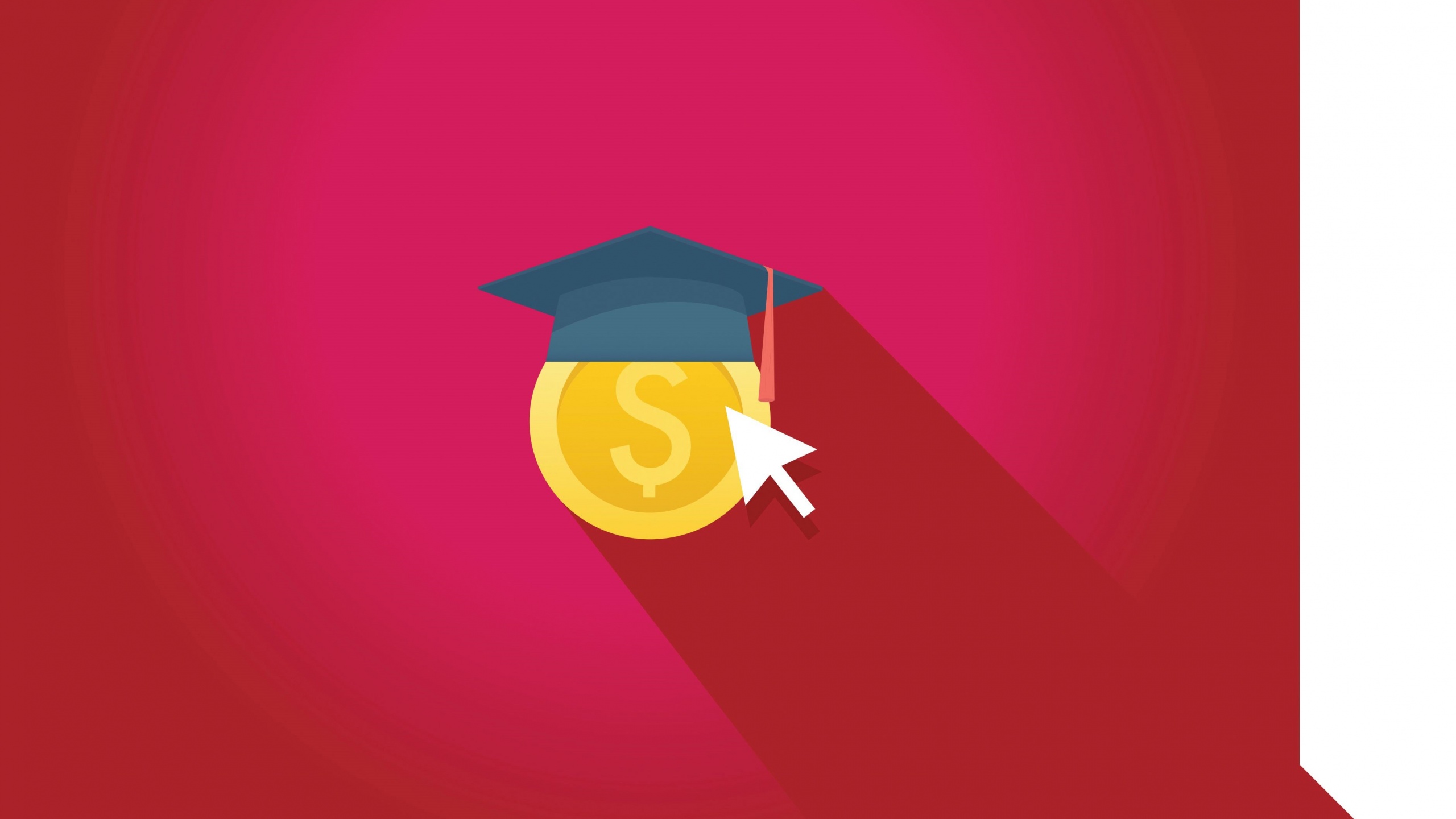 Contents show
1 The issues in higher education for chiropractic are a problem, and an opportunity, for the entire industry
1.1 Startling stats
1.2 Tuition battles
1.3 DCs recommending chiropractic schools
1.4 Chiropractor survey comments
1.5 Professional support:
1.6 Insurance reimbursement:
1.7 Education and debt vs. income:
1.8 Running a business:
1.9 COVID-19 is decimating minority and female enrollment
1.10 Chiropractic higher ed., organizations’ response to current issues in higher education
1.11 Not only education, but all of chiropractic

The issues in higher education for chiropractic are a problem, and an opportunity, for the entire industry

“The figures are startling,” reported the Chronicle of Higher Education as our Schools Issue went to press in the first week of January regarding current issues in higher education.

Last fall and winter, as COVID-19 tightened its grip on the U.S. economy, approximately 22% fewer students went straight to college as compared to the previous year, according to the National Student Clearinghouse Research Center, and “10-20% of colleges in the U.S. could perish within a year due to the coronavirus pandemic,” predicted Scott Galloway, professor of marketing at the NYU Stern School of Business.

The economy is expected to disrupt plans for a number of minority students who had planned to attend chiropractic schools and other universities. This will broaden an equality gap when minority patient populations are already underserved and need chiropractic care more than ever in the current health care climate.

Higher education in the fall semester suffered a projected $25 billion loss, according to the American Council on Education.More than a third (33%+) of students overall at universities are now reconsidering enrolling in college due to the COVID pandemic.Approximately 43% of students are putting off starting one- and two-year programs, while 66% of students are now considering different careers, according to the study “The Pandemic’s Impact on Higher Education Marketing in 2020…”

As of December 2020, more than 70 schools were involved in lawsuits, sued by students demanding part of a tuition reimbursement after their studies went all-online due to COVID-19.

Syracuse University released that as of April, near the beginning of the pandemic, they were already $35 million in the hole due to unplanned pandemic expenses and lost revenue. The Chronicle of Higher Education reported that the University of Massachusetts needed to subtract nearly $170 million from its operating budget.

“It’s grown out of a lot of different student movements that have been going on in the past year,” said Emmaline Bennett, leader of a student group, speaking to UniversityBusiness.com regarding the issues in higher education. “People were frustrated with the situation with remote classes, and even more significant than that was the impact of economic crisis on a lot of people on their families.”

The Chronicle of Higher Education noted, “COVID-19 touched off a financial wildfire for colleges, fanned by short-term losses and expenses but fueled by the fundamental fiscal precarities that many institutions have been facing — or failing to face — for some time.”

From the more than 500 chiropractors who responded to our latest Schools Survey, statistics show that DCs recommending chiropractic schools to prospective students is on a downward trend.

In the three-year life span of our Schools Survey, DCs who say they would recommend a chiropractic education for students has consistently trended downward, from 80% in 2019 to 78% in 2020 and this year down to 77%.

More troubling are the dropping recommendations from the “industry cheerleaders,” or DCs who say they recommend chiropractic school to five or more students a year. This statistic dropped from 26% to 23%, or more than 10% of the total of those DCs who make these many recommendations throughout a 12-month period.

The largest sea change in our survey was the continued rise of DCs who say they would recommend other schools to prospective chiropractic students rather than the school they attended. From two years ago that number has jumped 8%, from 73% in 2019 to 81% in 2021, indicating a growing burden on chiropractic schools to attract students through increased advertising and marketing other than positive word-of-mouth from alumni.

Doctors of chiropractic are encouraged to comment on why or why they do not recommend students to chiropractic colleges.

Rising concerns among DCs repeatedly circle around a profession that is in need of unification, debt vs. income for students coming out of school, insurance reimbursement issues, and chiropractic business training to navigate an increasingly challenging U.S. health care system, among other issues in higher education for DCs.

The following comments from our Schools Survey represent multiple DCs commenting on the same theme:

“Until the [chiropractic] associations, national and state- wide, start fighting for the profession it will not be profitable enough to pay for the debt incurred … We need better lobbyists and representatives in various states…”“The profession eats itself. Never unified. Never growing and expanding its scope of practice embrace functional medicine and hold on to chiropractic philosophy.”

Education and debt vs. income:

“Terrible [student] debt-to-income No business classes … future of regulation are concerns.”“The schools do not help students manage their student loan amounts and will just keep allowing students to borrow more and more money … most of my classmates are drowning in debt.”

“Without having the background in business, I found it very hard to be successful … Preparation for the ‘real world’ is almost non-existent; launching a practice doesn’t work the way we were taught when creating our mock business ”“The business side of health care is getting harder and harder to ”

Higher education institutions, especially chiropractic, aren’t overly fond of discussing financials or negative student enrollment or graduation figures, but these statistics are bearing out in choices currently being made by high school graduating seniors.

The National Student Clearinghouse Research Center reported a 22% drop in graduating high school seniors who immediately entered college this past fall. The 2021 spring semester looks to continue these issues in higher education.

For lower-economic students the drop was larger: 29% according to the annual High School Benchmarks 2020 analysis.

“Those from high poverty, low-income and urban high schools have been hit the hardest,” said Doug Shapiro, executive director of the National Student Clearinghouse Research Center. “I really want to be clear; this 22% is huge. We’ve been producing this benchmarks report annually since 2013. We’ve never seen a change of more than a couple of percentage points in a year.”

These drops come after a 10-year period where lower- socioeconomic students have made gains in achievement at the higher education level, including chiropractic, where Black students are striving to increase their roughly 2-3% representation among DCs in the U.S.

Due to childcare and health care issues, COVID-19 is also widening the gap between the higher education achievements of men and women, especially mothers and women of color.

In a poll of graduate students, Stanford University found that:

Ana Mari Cauce, president of the University of Washington, reinforced that COVID-19 has been a two-way financial disaster both on the student end and for universities, which are facing financial losses from multiple sources.

“The lost revenue is a deep concern,” she said. “The cruel irony is that while our University of Washington Medicine enterprise has been saving lives and answering the call against COVID-19, that very work has forced a projected $500 million in financial losses largely due to the shuttering of all non-urgent procedures … But, as concerning as these losses are, we are just as concerned about the losses yet to come as state budgets contract.”

The work of chiropractic universities and organizations does not always filter down to DCs in the field, and work has been ongoing by these organizations since the beginning of the COVID-19 pandemic.

The Journal of Manipulative Physiological Therapy reported last year in “Response of Chiropractic Organizations to the COVID-19 Pandemic: A Descriptive Report,” that:

TheCouncilonChiropracticEducation (CCE) in March of 2020 communicated with the leaders of chiropractic programs, urging open communication regarding programmatic accreditation requirements and promoting flexibility in response to COVID-19 while assuring compliance with accreditation.The Association of Chiropractic Colleges (ACC) collaborated with the CCE to create a directive that granted programs the ability to employ distance learning without having to petition the CCE for permission to implement substantial changes. The ACC also advocated for additional student loans and educational support in federal relief.TheFederationofChiropracticLicensingBoards (FCLB) contacted individual governors and state officials regarding the importance of access to chiropractic; issued guidance to licensing boards for accepting online education; and sent a letter to Anthony Fauci, MD, director of the U.S. National Institute of Allergy and Infectious Diseases, describing how chiropractic services are necessary care for patients and a support for the health care system during the pandemic.The National Board of Chiropractic Examiners (NBCE) cancelled in-person exams beginning in March to restrict the spread of COVID-19 and began re-administration planning to continue to support aspiring DCs for licensure.TheNationalChiropracticMutual InsuranceCompany (NCMIC) deployed adjustments for premium leniency for customers, provided actionable resources and deferred cancellations for nonpayment.

Not only education, but all of chiropractic

The years 2020-21 will likely reshape chiropractic education, the institutions that support it, and at a higher level the chiropractic industry and health care itself.

Among organizations and individuals, the greatest innovators see challenges as opportunities. DCs in the field, as well as in our Schools Survey, note their annual dissatisfaction with a chiropractic industry they see as failing to unify, highlighted by infighting among organizations that impedes progress.

The current uncertainty for chiropractic education institutions should be an alarm bell for all industry organizations, education-related or not. An industry by definition is a connective, distinct group.

This connects also to an impending DC shortage, and addressing chiropractic care in the United States, where arguably the most advanced nation on the planet is also the unhealthiest.

“This is a wake-up call,” said the World Health Organization’s Head of Emergencies, Mike Ryan, in December. “We are learning now how to do things better — science, logistics, training and governance, how to communicate better. But the planet is fragile. We live in an increasingly complex global society. These threats will continue. If there is one thing we need to take from this pandemic, with all of the tragedy and loss, is we need to get our act together.”

The post Not just issues in higher education a problem for chiropractic in the midst of COVID appeared first on Chiropractic Economics.

By: Rick Vach
Title: Not just issues in higher education a problem for chiropractic in the midst of COVID
Sourced From: www.chiroeco.com/issues-in-higher-education/
Published Date: Tue, 26 Jan 2021 15:29:46 +0000 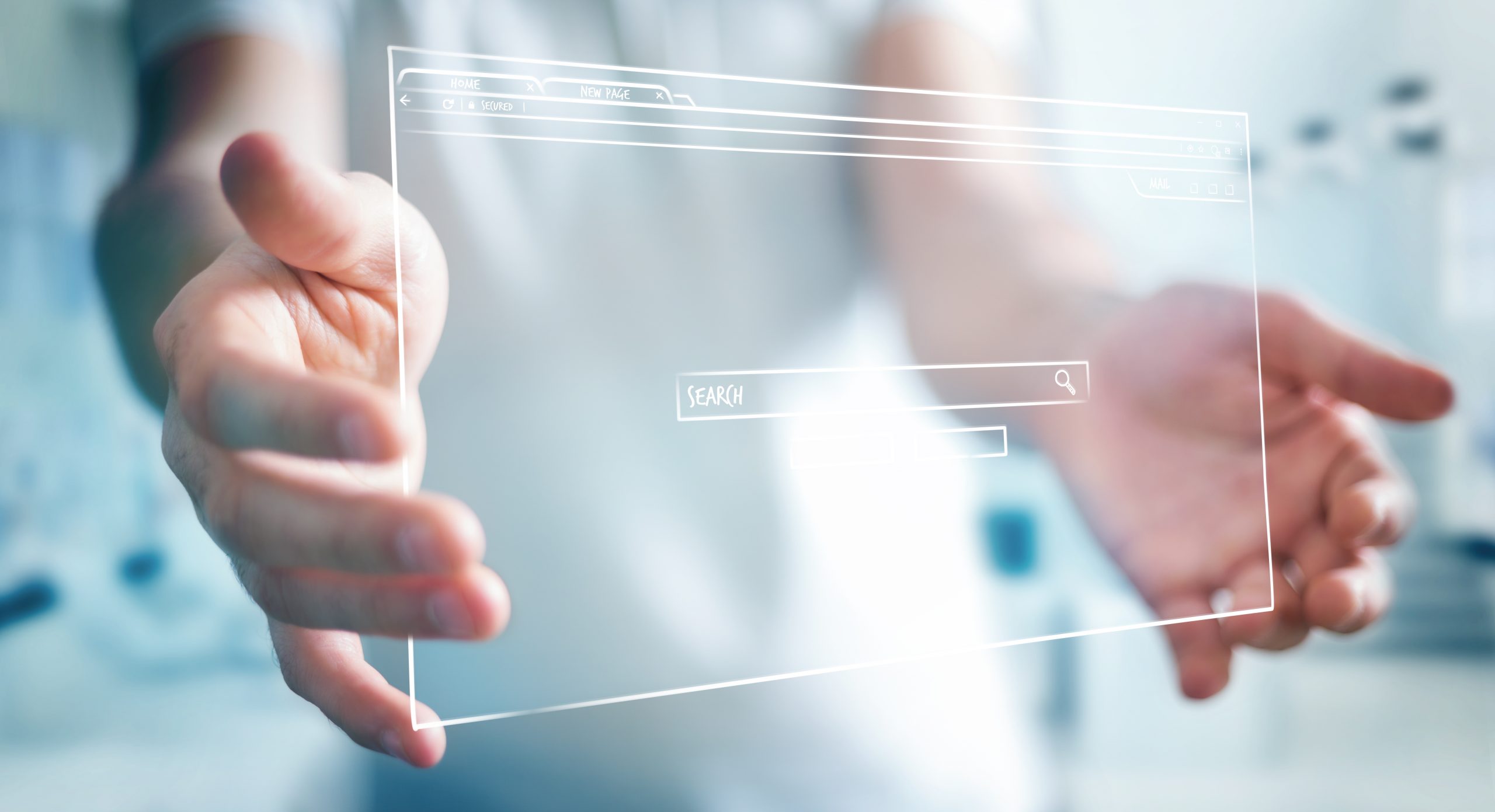 Make your SEO in digital marketing local and mobile 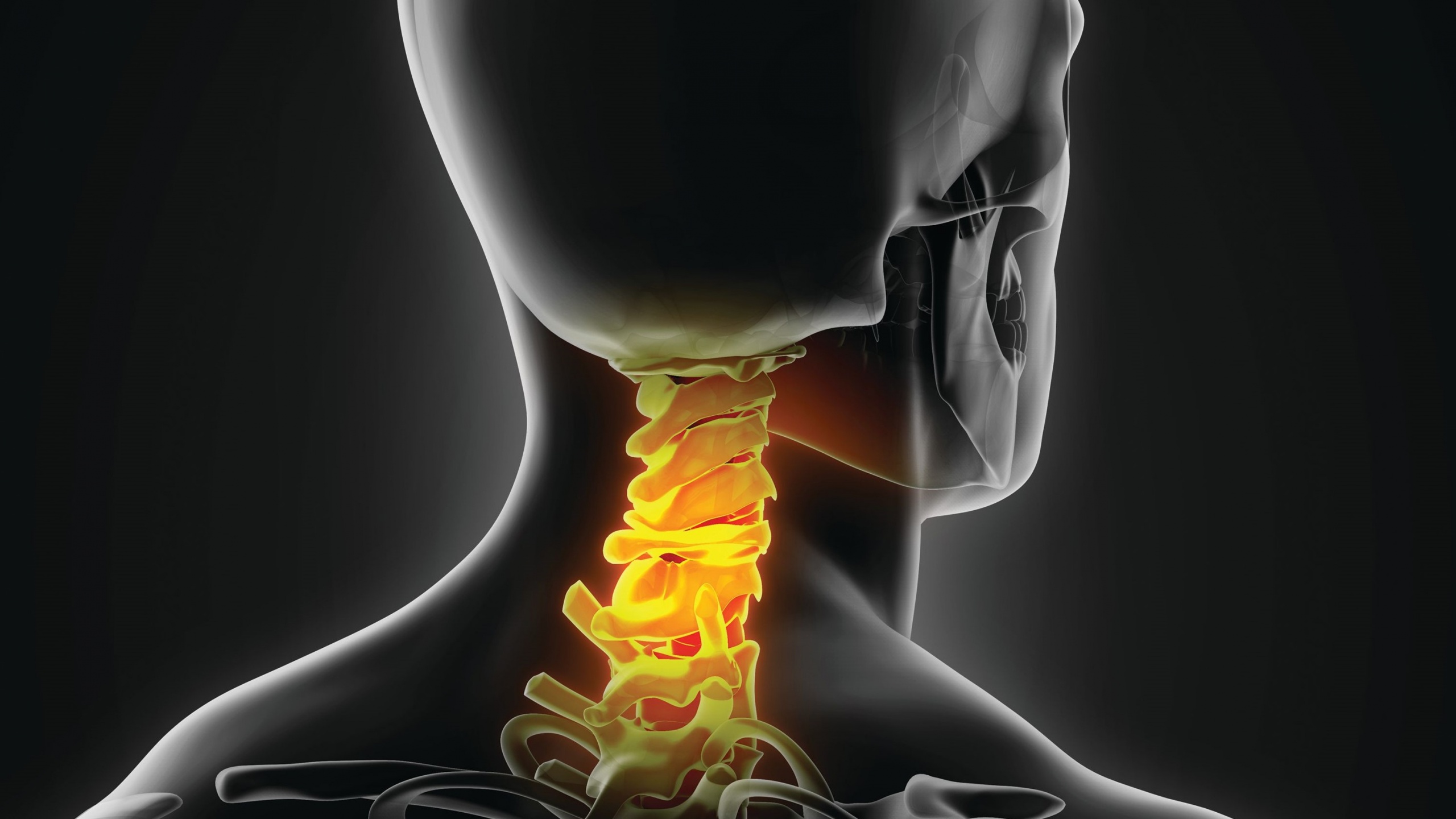 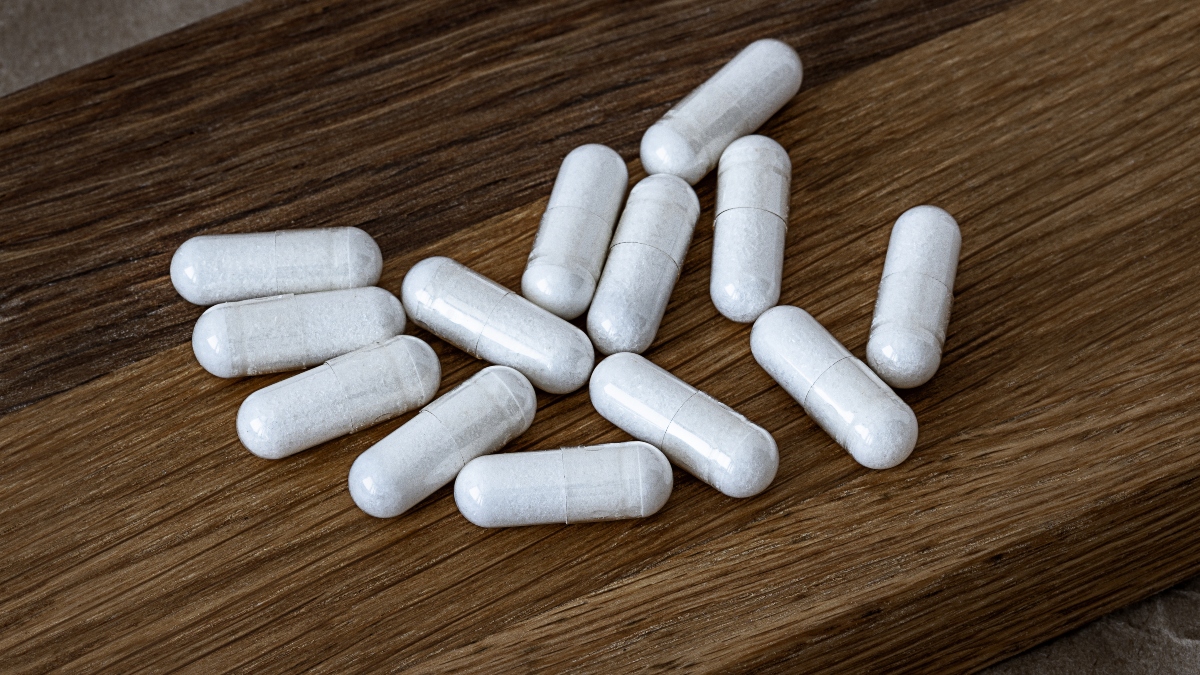 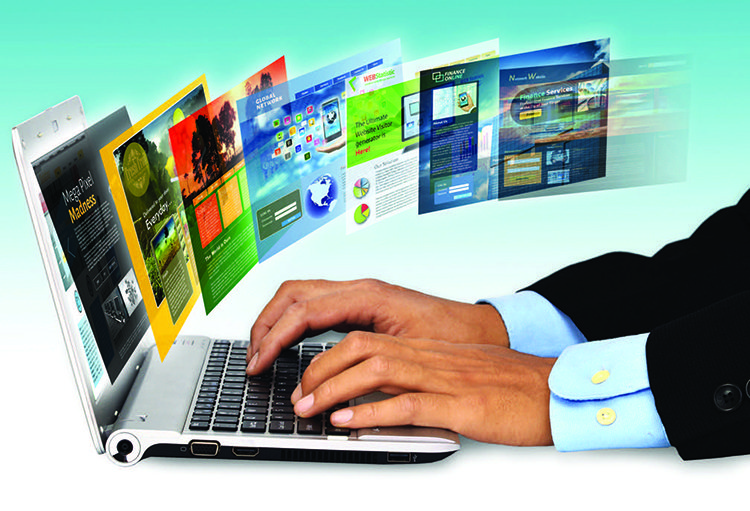