“There is irony here. We wanted to be right in the center of all the downtown activity, where people go about their business. We didn’t want to be that lake retreat, ”said Jeremy Berg, senior pastor of MainStreet Covenant Church.

MainStreet, formerly Mounds Stonegate Plaza, moved its service to St. Martin’s by-the-Lake in Minnetonka Beach last January, but far from becoming a lake retreat, Berg said the move was just MainStreet’s core vision made it better known to its members.

“I like the idea of ​​moving to the lake to create a healing space for people to recover their souls and to find a place where a process of restoration and healing can begin,” he said, referring to the new one Place as a kind of “soul bath.”

Berg said he was also just grateful that St. Martin’s was using the historic chapel.

MainStreet’s history has, in its own way, replicated for modern times the pattern that ancient circuit ministers adopted more than a century ago. MainStreet was founded in 2011, initially operating out of the Gillespie Center, and Berg, a former basketball coach and substitute teacher, was the “local Westonka boy trying to bring some blessing to the community.” The church then kept the chapel at Lake Minnetonka Shores in use until the completion of the interior work at Stonegate Plaza, its most recent location, around 2014.

And when Berg moved his service to St. Martin, he only had two months to offer services there before he had to switch to online during the COVID-19 pandemic.

Not that he stopped there. On the road again, Berg returned to his paper boy roots and delivered personalized letters straight to church members’ mailboxes.

He has now bound copies of these letters, which Berg calls his “soul-to-soul sermons”, in a 300-page book as an appendix to his recently completed doctoral thesis.

For MainStreet, the geographic shift coincided with a shift in service more suited to an “on-demand-on-the-go culture,” Berg said. “We live in this moment where we think of pastors as those guys or gals who lead religious organizations that preach for an hour on a Sunday, but for most of the story they have been spiritual leaders meeting people went for a walk in a more personal way. “

Berg said that the avenues of communication now available to us have divided the ocean more and more between religious leaders and their communities, leading to an almost mass-market approach to preaching.

“We have more content than ever to make available to people, but it is being wrapped in more impersonal media,” he said. “We moved to St. Martin with the expectation that we would no longer go to church as usual.”

Worship and sacraments, Bible classes and children’s services, fellowship and service to the community will continue to be central hallmarks of MainStreet’s identity, but the church is also expanding its services to include yoga, counseling, religious education and monthly seminars.

“We teach the Bible, but at some point you have to deal with the soul and the heart, the brain,” said Berg.

Berg contrasted our approach to religion and spiritual health with the way we approach physical or mental health. When it comes to dealing with spiritual longing or emptiness or depression we go to the same three songs and listen to someone talk for 30 minutes about something that may or may not touch our pain. People are looking for specialized care in their lives, and what if the church shifted its role and did something similar? “

Berg said that with the move to St. Martin, MainStreet’s Sunday service will be rescheduled to 5 p.m. in the summer, but that there could also be some seasonal changes, such as religious instruction in the fall.

“We always think outside of the box here, and that irritates some people and drives some crazy who just want tradition,” he says and explains: “Lubricate your hands and get to work on what’s broken.” 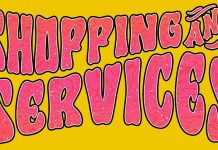 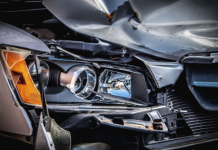 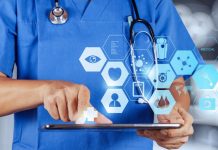 The Joint Corp. brings chiropractic care to military bases under...