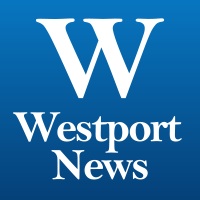 A small study shows that exercise can help relieve symptoms of a common sleep disorder and improve brain function.

Exercise training could be a useful complementary treatment for people with moderate to severe obstructive sleep apnea, research shows. The condition is characterized by loud snoring and impaired breathing and can increase your risk of heart disease, stroke, and cognitive decline. It’s usually treated with continuous positive airway pressure, or CPAP, a machine that pushes air through a mask into the airways to keep them open while you sleep.

“Exercise training appears to be an attractive and complementary (additional) non-pharmacological treatment,” said lead researcher Linda Massako Ueno-Pardi, associate professor at the School of Arts, Science and Humanities at the University of São Paulo in Brazil. She is also a research assistant at the Heart Institute and Institute for Psychiatry of the University’s Medical Faculty.

Estimates show that around 9 to 38% of adults in the United States have obstructive sleep apnea, although many cases are considered undiagnosed. It is more common in men than women and becomes more common with age.

According to a scientific statement published in June by the American Heart Association, between 40 and 80% of people with cardiovascular disease suffer from sleep apnea.

The condition is often associated with obesity, which can narrow the airways in the throat, making it difficult to breathe while lying down. Cigarette smoking, family history, stuffy nose, back sleep, alcohol use, a thicker neck or throat, and some hormonal abnormalities can also contribute to the condition. Some conditions, like type 2 diabetes, also increase the risk of sleep apnea.

Previous studies have shown that people with sleep apnea experience a decrease in glucose metabolism in the brain, or the brain’s ability to upload and properly use glucose, its primary fuel source. This can affect cognitive function. Ueno-Pardi and her team investigated whether exercise could help correct this.

The new work builds on a small 2019 study in the journal Brain Plasticity that concluded that increased aerobic activity increased glucose metabolism and executive brain function in older middle-aged adults at risk for Alzheimer’s disease improved.

Participants in both groups were given a series of tests that measure physical performance, brain glucose metabolism, and cognitive function, including alertness and executive function – the ability to plan and perform tasks. Researchers also measured the severity of obstructive sleep apnea symptoms, such as breathing disorders and decreased body oxygen levels or hypoxia, which have been shown to affect alertness and the skills of executive functions.

After six months, the participants in the exercise group showed increased performance; Improvements in the brain’s ability to use glucose; Reducing sleep apnea symptoms; and an increase in cognitive function, including a 32 percent improvement in alertness and executive function. Those who did not exercise experienced no changes other than a decrease in the metabolism of glucose in the brain.

Findings, published this week at the AHA’s Hypertension Scientific Sessions virtual conference, are tentative until published in a peer-reviewed journal.

The research makes a good case for adding exercise to sleep apnea treatment strategy, said Michael Grandner, director of the sleep and health research program and associate professor of psychiatry at the University of Arizona College of Medicine, Tucson. He was not involved in the study.

The results are important because they show that exercise could improve brain health in people with insomnia, he said.

“Our current treatments largely involve pushing air through people’s airways, which is great and works. But it’s kind of a blunt instrument. Exercise training is an option that can be of benefit and perhaps even heal. This is especially important in a disease for which our gold standard treatment is not curative. “

CPAP machines do little to combat obesity, the leading cause of obstructive sleep apnea. Exercise training can be effective in reducing the excess fat around the airways that makes it difficult for people to breathe at night, Grandner said.

This is one of the results that Ueno-Pardi believes happened in her study. While she and her team did not measure weight loss or muscle tone, they measured body fat percentage and found a “significant reduction” in the training group, she said. The exercise may have improved the severity of sleep apnea by reducing body fat, especially in the airways.

“There are plenty of studies to show that weight loss is a really effective strategy for treating sleep apnea,” Grandner said.

If you have any questions or comments about this story, please email [email protected]

Copyright is owned by the American Heart Association, Inc., and all rights are reserved. Individuals, the media, and non-commercial educational and awareness-raising efforts are permitted, free of charge and without further request, to link, quote, extract, or reprint these stories in any medium as long as no text is altered and the correct attribution is made to American Heart Association News.

Other uses, including for profit educational products or services, must comply with the American Heart Association’s copyright approval guidelines. See full terms of use. These stories may not be used to promote or endorse any commercial product or service.

DISCLAIMER: This website and its services are not intended to provide medical advice, diagnosis, or treatment. Always speak to your doctor for diagnosis and treatment, including your specific medical needs. If you have or suspect a medical problem or illness, contact a qualified doctor immediately. If you are in the United States and have a medical emergency, call 911 or call for medical help right away.