AGRICULTURE Minister Narendra Singh Tomar recently informed Parliament that the Department of Agriculture and Farmers Welfare (DoAFW) will establish a National Farmers Database, or “Agristack,” a collection of technology and digital databases focused on India’s farmers and the agricultural sector . The database, which will contain farmers’ digitized land records, aims to help provide farmers with proactive and personalized services, increase their incomes and improve the efficiency of the agricultural sector. In 2016, the central government formed the Committee to Double Farmers Income; In 2018 she presented her 14-volume report. One of the volumes mentions the creation of a dynamic farmer database.

The DoAFW had launched the India Digital Ecosystem of Agriculture (IDEA) to seek feedback from the parties concerned. Proofs of Concept (PoCs) based on data from the federated farmers’ database have now been invited for certain selected areas. If any of the PoCs (pilots) are found to be beneficial to farmers, the database is expected to be scaled to the national level.

Farmers and some agricultural organizations have objected to IDEA because farmers are not represented in the existing task force. You equate this process with the introduction of the three agricultural laws last year when farmers were not consulted. A proactive approach is always better than a reactive one.

Another objection is directed against the link between the federal government’s funding of the federal states and the implementation of the project. There are other concerns as well; for example the confidentiality of the farmers’ personal data in the database.

DoAFW should take into account the digital divide between rural and urban areas. According to a survey by the National Sample Survey Office (NSSO), only 4.4% of rural households had a computer between July 2017 and June 2018, compared with 14.4% in an urban area. Only 14.9% of households in rural areas had access to the internet compared to 42% of households in urban areas. Not all farmers have a smartphone. As a result, most farmers will not be able to take advantage of the supposed benefits of the national database when deployed.

Since one of the purposes of the proposed database is to double farmers’ incomes, I would like to comment on the report by the Committee on the Doubling of Farmers Income (DFI).

Ashok Dilwai, Chairman of the Committee, presented the report and wrote on the Department of Agriculture & Farmers’ Welfare website: Edited volumes … The above-mentioned volumes can be downloaded for viewing by all interested stakeholders.

With great optimization of an income revolution for India’s farmers … “

Volume 8 has four sub-volumes. The smallest volume is No. 10 (‘Risk Management in Agriculture’; 124 pages) and the largest is No. 8D (‘Production Enhancement through Productivity Gains’; 333 pages). The 14 volumes have a total of 3,156 single-line pages. The biggest stakeholders are farmers. How can farmers be expected to read and digest information from 3,156 pages of bureaucratic jargon? Not to mention the farmers, I doubt many agronomists and politicians have read all of these volumes.

In Volume 12, “Science to Double Farmers Income”, the Committee stated: “At the national level, the priority areas for doubling farmers’ incomes are, although science and technology could be:

A. Farmers database – as recommended in Volume 13 to build a dynamic database and provide targeted and efficient support to farmers and support specialized advisory services.

B. Credit Availability – to provide better coverage from Kisan credit cards, including grain, fishermen and ranchers, and universal access to post-harvest deposit loans.

F. Sustainability and productivity gains – in order to improve yields and put production on a broad basis while at the same time doing justice to regional ecological strengths. “

Agronomists have pointed out time and again that crop productivity has plateaued for a variety of reasons, particularly in the food bowl states of Punjab, Haryana, and west of UP, where, encouraged by government policy, the rice-wheat monoculture in the The prevailing past was 50 years. While the cost of farm inputs has increased significantly year after year, farmers have only received incremental increases in the minimum support price (MSP) for the two crops. The Swaminathan Commission made a modest recommendation to provide an MSP of 50% on top of the farmer’s total operating costs. This did not happen. Furthermore, the urgently needed diversification of crops remained elusive despite the fact that water resources in the food bowl states are drying up due to the rice-wheat monoculture.

Just creating a national database will not double or increase farmers’ incomes. Here are some suggestions to improve your income:

The author is a former VC, PAU, Ludhiana, and Associate Professor at Kansas State University

Send your feedback to [email protected] 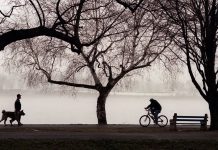 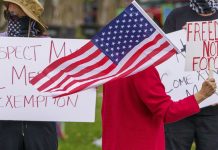 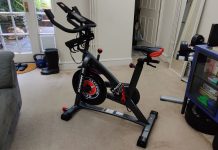 The Tradewinds exercise gives nations the opportunity to work together to...

How To Do A Squat: The Humble Bodyweight Exercise That Should...

Do these exercises over 40 to reduce stubborn body fat, experts...