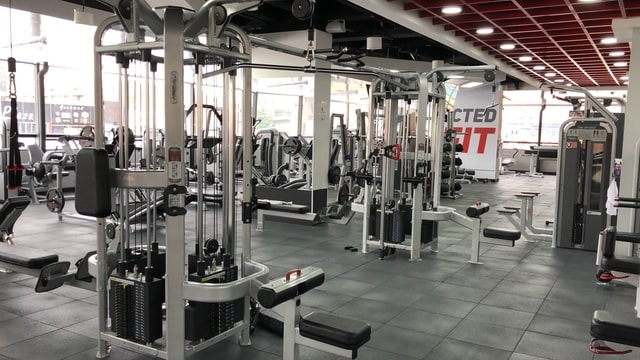 Many people have reported a sudden, sharp drop in physical activity during COVID19 lockdowns, but few studies have looked at its effects on metabolism. Now researchers from Ben Gurion University in the Negev, the National Institute of Biotechnology in the Negev and Soroka University Medical Center simulated a sharp drop in physical activity in mice by removing a voluntary exercise bike and assessed how nutritional composition affects them Reaction affects. They found that while the mice used less energy, the mice still ate similar amounts of food as they did with the exercise bike, which led to weight gain. In addition, diet composition determines changes in the rates of oxidation of fat or carbohydrates (sugar) – our body’s two main sources of energy – in response to a decrease in physical activity.

Their results have just been published in the peer-reviewed Physiological Reports, a journal of the American Physiological Society.

The mice were divided into two groups: one received a low-fat (= high-carbohydrate) diet and the other a high-fat diet for six days. Mice were placed in metabolic cages that measured their activity, food intake, the amount of oxygen they took in, and the carbon dioxide (CO2) they released (from which carbohydrate and fat oxidation can be assessed). During the first 3 days, mice had access to a volunteer exercise bike. The mice in both groups used it extensively during their active (nocturnal) cycle. After three days the impeller was removed. Physical activity decreased by 50% over the next three days.

Prof. Assaf Rudich, Dr. Uri Yoel and her group members Dr. Yulia Haim, Dr. Nikhil S. Bhandarkar and Ms. Rotem Lahav found that diet determines how much fat or carbohydrates are burned: With the exercise wheel in cage mice with a high-fat diet, mainly fat burned over the course of the day, and the carbohydrate burn decreased even more, when their physical activity waned. The opposite was the case with the low-fat (high-carbohydrate) mice, who ate more carbohydrates while awake and reduced fat burning even further when the impeller was removed from the cage.

“Our results show that there are immediate effects of interrupting training. While the comparison with people who are forced to become sedentary during lockdown requires confirmation from human clinical trials, our study provides a possible explanation for how lockdown may have caused weight gain: the energy it consumes declines quickly, it takes Time to combine the lower energy requirement with less food consumption, which leads to a positive energy balance, ”says Prof. Rudich.

Dr. Uri Yoel, Clinical Endocrinologist, adds: “The composition of the diet determined the adaptation to less physical activity – the“ rarer ”source of energy in the diet was the one that the mice chose to burn less when their energy requirements decreased. If this is also the case in humans, it can have metabolic effects that need to be taken into account, especially in those with impaired metabolic regulation such as diabetes. ”

This article was republished from the following materials. Note: The material may have been edited for length and content. For more information, please refer to the source cited.

In healthy men, small pieces of cells are released after exercise,...

Skin care tips to follow before and after your workouts

Mitochondria-localized AMPK responds to local energetics and contributes to exercise and...