You might hear more jets flying through the skies next week as Camp Douglas, County Juneau is home to about 60 planes and 1,000 members of the U.S. military for a 12-day training exercise.

Units from Wisconsin as well as Arizona, Colorado, Idaho, Minnesota, Oregon, South Dakota and Virginia will participate in the annual Northern Lightning Counterland training exercise. It begins August 9 and runs through August 20 at the Volk Field Combat Readiness Training Center at Camp Douglas.

The Guard describes the exercise as such: “Northern Lightning is a joint training exercise on a tactical level that recreates today’s air combat area with current and future weapon platforms. A variety of the world’s most advanced aircraft, including fifth generation aircraft such as the F-35, will take part in the exercise. “

Residents can expect aircraft activity to increase in the Camp Douglas area and in the skies over Central Wisconsin from August 9-20. This includes some aircraft that perform supersonic flights at altitudes above 30,000 feet or soar in both the morning and afternoon.

The guard says planes typically fly at 9:30 a.m. and end after 4 p.m. every day – but these times are subject to change.

Report a typo or bug // Submit a message tip 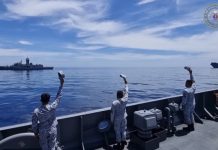 New Breakthrough in Identifying the Benefits of Exercise Against Alzheimer’s Disease...