A new report from the Centers for Disease Control and Prevention details the extent of Hawaii military families’ symptoms following the petroleum leak at the Red Hill Bulk Fuel Storage Facility in Hawaii.

Of those who responded to the voluntary, online survey, 87% reported they experienced new or worsened symptoms after the Nov. 20 fuel leak that contaminated the Joint Base Pearl Harbor-Hickam Navy water system. The system supplies water to about 9,694 Navy, Army, Air Force and civilian households. Of those who responded, 75% stated their symptoms lasted 30 days or longer.

“These results highlight the need for preventing exposure to petroleum products and might aid public health professionals and clinicians in detecting and responding to future similar incidents,” according to the report, compiled by the CDC and published in the May 27 Morbidity and Mortality Weekly Report.

The survey, from Jan. 7 to Feb. 10, was open to anyone in the affected area after the incident, and 88% of those who responded were military affiliated. At least one person in each of 1,389 households participated in the survey, which represents about 14% of the affected households, and a total of 2,289 people responded. Parents and guardians completed the survey for children under the age of 18.

The most prevalent symptoms reported were related to the nervous system (62%), which included 58% of respondents reporting headaches. Other symptoms related tothe gastrointestinal system (58%); skin (58%); ear, nose and throat (47%); mental health (46%), eyes (42%) and respiratory system (31%). Many reported more than one symptom.

Of the 1,980 who experienced new or worsened symptoms after the exposure, 80% reported improvement after switching to an alternative water source.

The symptoms reported in the survey “were consistent with previous studies of exposure to petroleum hydrocarbons,” the authors wrote, adding that participants’ reports that their symptoms abated after switching to another water source supported the conclusion that the health problems were exposure-related.

Of those who responded, 37% — 853 — said they sought medical care, including 17 who were hospitalized overnight.

A much larger number of residents actually sought medical care, based on Navy numbers. In January, Capt. Michael McGinnis, Pacific Fleet Surgeon, told lawmakers that medical providers had screened more than 5,900 patients with symptoms consistent with an acute environmental exposure event. Those symptoms “rapidly resolved” once the patients were removed from the tainted water, he said.

Residents who had left their homes returned. Officials will continue to test and monitor the water over the next two years.

“Additional follow-up of the affected population might improve understanding of the overall health impact of this and other petroleum exposure incidents,” the authors wrote.

Defense officials have established an incident registry to include all the individuals that may have been exposed to this contaminated water event. It’s the official DoD system of record for environmental, public health and occupational exposure for DoD-affiliated personnel.

“This incident report will be available for future action, research or analysis to ensure we track the long-term health of those potentially exposed,” said Surgeon General of the Navy Rear Adm. Bruce Gillingham in written testimony to the House Appropriations defense subcommittee May 25.

Karen has covered military families, quality of life and consumer issues for Military Times for more than 30 years, and is co-author of a chapter on media coverage of military families in the book “A Battle Plan for Supporting Military Families.” She previously worked for newspapers in Guam, Norfolk, Jacksonville, Fla., and Athens, Ga.

Don’t you? The scoop of Ice cream headaches – Harvard Health 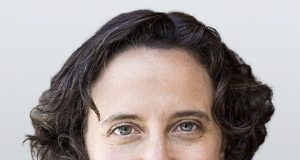 How to Remove the Headache the Epoch Times

The AAOpt2022 mission is to help patients to understand and manage,...