Troubling flashbacks, negative thoughts, feelings of guilt, and self-destructive behavior can all be symptoms of post-traumatic stress disorder (PTSD), a psychiatric condition that affects approximately 3.5 percent of adults in the United States each year; According to the American Psychiatric Association, an estimated 1 in 11 people will be diagnosed with PTSD at some point in their life.

According to Natalia Murinova, MD, director of the UW Medicine Headache Center and associate professor of neurology at UW Medicine in Seattle, there is a link between PTSD and migraines and headaches.

“If you have PTSD, you likely have a headache, but the majority of people with headaches do not have PTSD,” explains Dr. Murinova.

However, a study published in the journal Headache found that the incidence of PTSD in people with episodic or chronic migraines is higher than the historically reported prevalence of PTSD in the general population. The presence of PTSD has also been found to be linked to greater headache-related disability in a person with migraines.

And a third study, published in Headache in November 2015, found that people with both migraines and PTSD “can be particularly vulnerable to negative financial, health, and interpersonal illnesses.”

If you have migraines or any other headache condition, you should read up on PTSD and its association with migraines and headaches.

PTSD is a condition that can develop in people who have experienced or have lived through shocking, frightening, or dangerous events, according to the National Institute of Mental Health.

People can have many different responses to traumatic events, and most people recover naturally from these initial symptoms. People who continue to have problems, including stress or anxiety, when they are not in immediate danger can have PTSD.

But understanding and diagnosing PTSD can be difficult, in part because people with PTSD may not develop symptoms for months or even years after the trauma.

Women are twice as likely as men to have PTSD, and Latin Americans, Black Americans, and Native Americans all have higher rates of PTSD than non-Latino whites, according to the American Psychiatric Association.

Can PTSD Cause Migraines?

“PTSD can drive you into any type of headache,” says Murinova. “People with PTSD are also more likely to have chronic daily headaches, especially people with depression and PTSD,” she says.

People with a history of PTSD often have a lot more disabilities with their migraines, in part because they often have other conditions besides PTSD and migraines, she adds.

Migraines can be caused by mental health issues like PTSD, but it’s not the underlying cause, says Loretta Mueller, DO, a headache specialist at Cooper University Health Care in Cherry Hill, New Jersey. “You generally have this susceptibility to migraines,” says Dr. Mueller.

The exact reason a person has migraines isn’t known, but it’s believed to be a combination of genetics and environmental factors, says Kiran Rajneesh, MBBS, neurologist and pain medicine specialist at Ohio State University Wexner Medical Center in Columbus, Ohio.

“By genetics, we mean something you were born with – a tendency to have a headache that includes a family history, or mutations that affect certain channels in the brain,” says Dr. Rajneesh.

People are born with a certain propensity for migraines, and then there is a threshold; People can reach this threshold when exposed to certain environmental factors or lifestyle changes, says Rajneesh.

Do We Know Why Migraines Are Linked To PTSD?

Hypervigilance is when the sensory nerves are in an elevated state of excitability and sensitivity to pain, which can be the result of frequent and severe stress, according to a study published in Brain Research in May 2018. This can result in a lower pain threshold and lower pain tolerance.

Stress can also cause neuroinflammation, which is believed to also contribute to migraines, Murinova adds.

Researchers are also investigating whether there are common genes associated with PTSD and migraines. A study published in Frontiers in Neuroscience in June 2021 compared the DNA of several identical twins, in which one twin had either PTSD or migraines and the other twin did not. The researchers concluded that their “results suggest that common genes and signaling pathways are likely to be involved in PTSD and migraines, which explains, at least in part, the comorbidity between the two disorders”.

Can migraines be caused by abuse or childhood trauma?

“Some people have the genes for migraines, but these genes are not always active,” says Müller. Just because you inherited the gene doesn’t mean you have the anomaly; Sometimes the environment, including stressors like trauma, can trigger this and start the whole process, she explains.

Physical abuse, sexual abuse, and emotional abuse are definitely linked to migraines, especially in people who carry heavy migraine loads – those with frequent seizures or chronic headaches, says Mueller. Chronic migraine is when a person has a headache with migraines for 15 days or more per month, according to the Migraine Research Foundation.

According to a study by Gretchen Tietjen, there is also evidence of a link between migraines and childhood trauma, child abuse or negative childhood experiences, including abuse, neglect, household substance abuse, household mental illness, parental separation and an imprisoned household member. MD, a neurologist at the University of Toledo in Ohio, and others.

There are many factors behind this association, says Murinova. “When you look at children who have trauma, they often don’t have a caring environment. Not only do they have system hypervigilance, many of these children also lack proper nutrition, socialization, or adequate sleep. All of these systems to help you develop may not be in place, which could increase your chances of getting a migraine, ”she says.

Can migraines be psychological?

Migraine is a biological, not a mental illness, because the pain is real and not just “in the head,” according to an article published in the Annals of Indian Academy of Neurology. But there are psychological factors that can affect migraines, and psychological stressors can trigger migraines.

According to a study published in the Journal of Headache and Pain in July 2017, 50 to 70 percent of people had a significant association between their daily stress levels and their daily migraine activity.

A severe migraine can also be a source of stress that can make the migraine worse.

Psychiatric disorders like depression, anxiety, and PTSD have been linked to migraines, says Mueller. “People with these diseases are more likely to suffer from migraines. Some people with migraines may be more prone to the effects of stress, ”she says.

A study published in Headache in April 2017 found that depression, anxiety and pain catastrophization were strongly linked to severe migraine-related disability and that depression and the so-called “Chance Locus of Control” were linked to chronic migraines. The place of chance-control describes the belief that what happens to you in life is determined by chance rather than by your actions.

The events that precede a traumatic brain injury can be psychologically traumatic – for example, a car accident, military battle, or physical abuse. It is in these situations that PTSD can develop in a person with TBI, which can make recovery difficult, according to a paper published in the Spring 2018 issue of the Journal of Neuropsychiatry and Clinical Neurosciences.

It’s common for people who experience head trauma to have headaches, says Roderick Spears, MD, a neurologist and headache specialist at Penn Medicine in Philadelphia. “If you are genetically predisposed to migraines, there is a greater chance that this post-traumatic headache will present itself as a migraine headache,” he says.

A study published in the American Journal of Psychiatry tracked 1,084 people who were traumatically injured and hospitalized at a trauma center. The researchers found that people with mild TBI a year later were about twice as likely to develop PTSD than people whose injury did not include TBI.

According to a 2018 study published in the Journal of Headache and Pain, people who were hospitalized for a minor head injury were more likely to develop new headaches or report worsening existing headaches compared to the general population.

For many people who develop TBI, the headache may only last a few weeks or worsen before returning to baseline, but in some patients it can and remain chronic, says Mueller.

Diagnosing and treating PTSD in people with migraines is important to managing migraines and could improve their well-being and significantly reduce pain and disability, according to a report published in the Journal of Headache and Pain in 2019.

According to the authors, the use of cognitive behavioral therapy (CBT) as a stress management tool could help in migraine prevention and may be most beneficial when combined with pharmacological treatment.

Two drugs that may be effective in treating PTSD and migraines are the tricyclic antidepressant amitriptyline and the selective serotonin and norepinephrine reuptake inhibitor (SSNI) Effexor (venlafaxine), according to the American Headache Society. 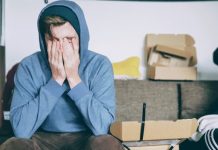 The 3 types of headaches and how to treat them 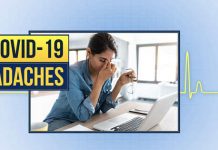 “It’s a constellation of symptoms:” Doctors who find recovery from COVID-19 are often slow and incomplete 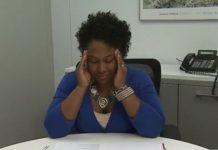 Persistent headaches after COVID-19? Experts say you are not alone

The Serious Symptoms of a Seizure and Five Tips for Pain...

Headaches are greatly underestimated in racial and socio-economic groups

The best headache relief products for your daily stress relief