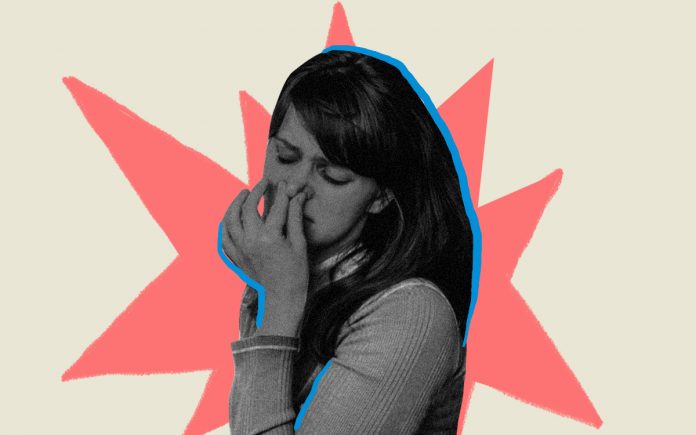 Migraine is considered a neurological disorder and is an intense, often pulsating, debilitating headache. Scientists believe that the many subtypes of migraines combined are the sixth leading cause of years of disability worldwide. It is also the third most common disease worldwide, with an estimated global prevalence of 14.7% – affecting around one in seven people.

People with migraines also seem to share a common phobia. A new study published in the Journal of Headache and Pain found that osmophobia, described as an “abnormal fear of smells”, is relatively common in people with various subtypes of migraines. Several patients with tension headaches also reported suffering from osmophobia – which led the researchers to investigate the link between headaches and fear of smells.

The study enrolled patients aged 18 to 65 and found that nearly 40% of migraine sufferers also had osmophobia.

In addition, according to the NHS, migraines are more common among the female population. Similarly, osmophobia is also known to affect women more severely.

Experts believe that the region of the brain that processes smells also includes parts that are involved in pain perception, and especially migraines. Could this association between smells and pain be the reason some migraineurs become afraid of certain smells that trigger their headaches? Possibly.

Why do some people get a headache in the morning?

They also found that people at the intersection of migraines and osmophobia often experience allodynia, a type of neuropathic pain that makes people extremely sensitive to touch.

This also forms the basis for scientists to establish a link between osmophobia and symptoms of central sensitization, as research has shown that people with migraines can be more sensitive to stimuli in their environment – such as light, sounds and smells.

However, the researchers found that there is still a lot to understand about the link between osmophobia and headaches. What they did learn, however, is that although osmophobia is very common in migraineurs, it also spreads to people with various forms of headache.

“While the present study confirmed [the] Prevalence of osmophobia in migraine sufferers, it also showed its incidence in chronic tension-type headache cases, ”the study noted.

Stroke: Migraines with aura increases the risk of symptoms and signs