If you’ve ever had a migraine, you know how debilitating it can be. Lights, sounds, and even smells can trigger these terrible headaches that can last for hours and sometimes even days. But not only adults are affected. According to Healthychildren.org, 10% of children between the ages of 5 and 15 have migraines and 28% of teenagers get them. About 50% of these children have their first migraine headache before the age of 12. What treatment are available to these children?

For years, parents and doctors have relied on drugs to treat migraines; however, they don’t always do the trick. In adolescents, it was less effective than placebos. However, cognitive behavioral therapies show promise in treating early-stage headaches. And a new wearable device is in the works to help patients manage their migraines. The Cincinnati Children’s Hospital has explored these new strategies and they show promise.

A three-year study called CHAMP, conducted by Cincinnati Children’s, showed that a placebo was as beneficial for migraineurs as the two most commonly prescribed drugs, topiramate and amitriptyline. Instead of relying on medication, the CHAMP study used behavioral therapies to relieve the pain from migraines.

“Regardless of the treatment group (amitriptyline, topiramate, placebo), adolescents consistently maintained a significant reduction in headache days and migraine-related disability for three years after the study was completed,” says the new study. “Less than 10% of participants reported that preventive drugs prescribed in typical clinical care were used continuously, with most participants not taking medication at most times.”

Scott Powers, PhD, co-director of the Headache Center at Cincinnati Children’s, said in a statement that stopping medication for long-term prevention of migraine attacks is inherently safe.

“Our results suggest that the chemicals in the pills likely have little to nothing to do with improved migraine control,” Powers said.

Instead, it was found that consistent results were presented by participants who practice regular self-care routines. Those who stayed hydrated, got enough sleep, exercised regularly, and ate meals throughout the day were successful in preventing migraine headaches. The study also found that it might also be possible that attending CHAMP could alter the course of teenagers’ brain development (a process that lasts until around the age of 25).

An additional study published in Headache in December 2020 unveiled a new wearable device called the Nerivio that allows the patient to perform remote electrical neuromodulation at the onset of a headache. The device is currently being manufactured by Theranica, an Israel-based company.

The results of this study helped support Nerivio’s approval of Nerivio as a migraine treatment for people ages 12 and older by the US Food and Drug Administration in January. The patient wears a device on his upper arm that he can control with his smartphone. In the early stages of a migraine, the user activated the device for 45 minutes. During this time, a mild stimulation signal is sent through the skin to help stop the migraine from progressing.

“To the best of my knowledge, this is the first study that directly compared remote electrical neuromodulation and standard treatment options in adolescents,” says Hershey. “Migraines in adolescents are associated with poor performance and absence from school and social activities in a particularly formative phase of life. Providing more effective and engaging migraine treatments for teens can have far-reaching positive effects throughout their lives, ”said Andrew Hershey, MD, PhD, endowed professor and director of neurology at Cincinnati Children’s and co-director of the Headache Center, in a statement reported.

The results of both studies are promising for children and adolescents who suffer from migraines but do not want to take long-term medication. The evidence strongly suggests that behavior changes are a great way to prevent migraines. And once it gets more widespread, Nerivio will be an excellent tool for those who have a migraine headache. 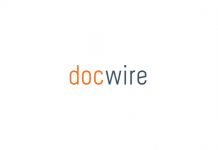 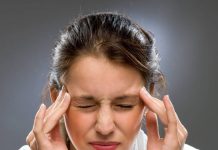 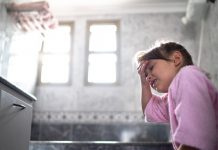 When should I take my child to the doctor for a...

The best product for migraine relief

Monsoon migraines in the Borderland are real and can be painful