In hot weather, there is hardly anything more refreshing than quenching your thirst with a glass of ice-cold water. Of course, not only will your taste buds benefit from having a glass of water on hand on hot days – it can also help ward off dehydration and reduce symptoms of heat exhaustion if you’ve been in hot weather for long periods of time, according to the Centers for Disease Control Prevention (CDC).

However, research suggests that this icy drink could also have serious detriments to your health. Before you take another sip, read on to find out the surprising negative effects of drinking ice water, according to science.

RELATED: Drinking this type of water increases your risk of Parkinson’s, studies show.

If you experience regular headaches, you might want to opt for room temperature water instead of ice cold water this summer. According to a 2001 study published in the journal Cephalalgia, 51 of a group of 669 women studied reported developing headaches after drinking about 5 oz. Ice water through a straw. The study authors stated that it was likely the cold stimulus on the subject’s palate that caused this effect.

Sign up for our daily newsletter to get the latest health and safety news straight to your inbox!

While headaches can affect anyone, migraineurs may be more likely to experience the ill effects of drinking ice water than those who are unaffected by the condition.

According to the Cephalalgia Study, women who had had at least one migraine attack in the 12 months prior to the study period were twice as likely to develop headaches after consuming the ice water.

If you want to avoid regular headaches, but just can’t imagine drinking water without ice, dispensing with the straw in the glass can be a good first step towards freedom from pain. In a 2012 study published in the FASEB Journal, study participants were specifically instructed to drink ice water with a straw against the roof of their mouth to determine the exact mechanism by which ice cream headaches develop.

According to the study authors, cold stimuli applied to the roof of the mouth can cause a sudden increase in blood flow to the anterior cerebral artery of the brain, causing the brain to freeze, which the study author says Jorge Serrador, Ph.D., Associate Professor in the Department of Pharmacology, Physiology & Neuroscience at Rutgers University, postulated that this might be similar when people suffer from migraines. However, by restricting direct contact between cold stimuli and the soft palate, both freezing of the brain and prolonged headaches can be avoided.

Crushing ice water can make your headache worse, but that doesn’t mean you should skimp on the clear things this summer to avoid a headache – just drink it at a slightly warmer temperature.

According to a 2005 control study published in the European Journal of Neurology, in a group of 18 migraineurs, those who increased their water intake by 1.5 liters per day reduced the time they spent with headaches by over a two week period 21 hours and 21 reported a lower headache intensity.

RELATED: If This Happens While Eating or Drinking, You Need To Check Your Thyroid Gland. 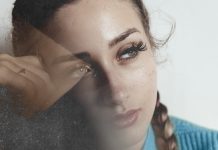 Can migraines cause seizures? Link explained 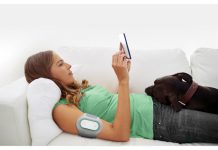 US study shows Israeli device is effective against chronic migraines 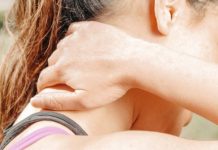 Migraines and High Blood Pressure: Are They Related ?, Lifestyle News