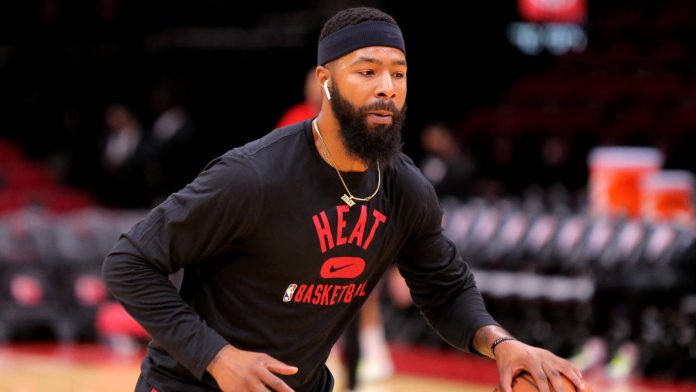 Despite the heat Veteran Markieff Morris wanting to return, Miami has been unwilling to clear him and is concerned about potential liability issues, according to Barry Jackson and Anthony Chiang of the Miami Herald.

Morris will miss his 44th consecutive game on Saturday and hasn’t played since November 8, when Nuggets superstar Nikola Jokic blindsided him with an intentional hit from behind. The hit came after Morris’ hard foul on Jokic, and both players were ejected from the game.

Morris dealt with neck pain after the contact and was diagnosed with whiplash. The Heat recently changed its status to “OUT – return to competitive conditioning,” but no further details have been provided. The 32-year-old has appeared in only 10 games since signing with the club in August.

As Jackson and Chiang note, Morris also missed six weeks in 2019 after being diagnosed with transient cervical neurapraxia (neck injury). With his future being unclear, Jackson and Chiang speculate that Miami could look to acquire another power forward ahead of Thursday’s trade deadline.

Morris took to social media on January 6 to address Jokic and his injury, writing, “Ain’t sh- wild about it! It’s a real injury! Imagine having a 300-pound sloppy fat boy run full speed and make direct contact with your spine! I’ll be back soon like I said.”

Morris, a 10-year NBA veteran, entered the season holding career averages of 11 points, 5.2 rebounds and 1.6 assists in 24.9 minutes per game. Miami currently doesn’t have a backup power forward behind PJ Tucker, who also signed with the team last offseason.

Don’t cause pain to your neck – North Coast Courier