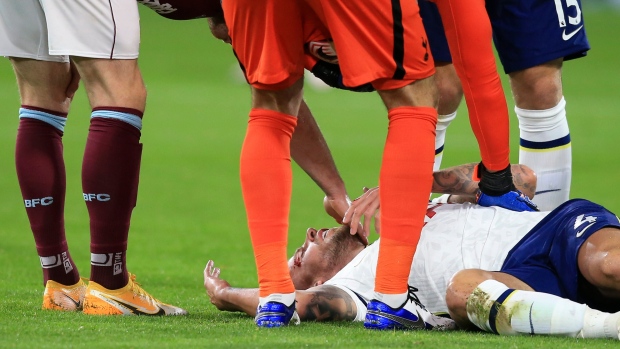 Annalize Mathers can’t remember the fall that caused a concussion on a ski mountain four months ago, but she can remember the confusing feelings that followed.

The 28-year-old from Toronto was cut off by two snowboarders during a downhill run in March and flew awkwardly over a hill into a patch of snow. While Mathers didn’t feel particularly hurt when she came to, the headache she got that night suggested something was wrong.

Mathers was diagnosed with a concussion the next day, which marked the beginning of a four-month recovery process filled with unknowns, including how her symptoms would manifest and how long they would last.

Researchers at the Unity Health Network in Toronto are working to provide clarity for concussion sufferers by using data from their latest study to develop a calculator that could help doctors assess who is at greater risk for persistent symptoms after a concussion, or PPCS Has.

The calculator, ideally used on adult patients when diagnosed, was unveiled Thursday by scientists at the KITE Research Institute of Toronto Rehab-UHN. It generates risk scores based on patients’ answers to five questions.

“We thought this might be helpful for clinicians to translate this into a simple calculator that they can (use) and say, ‘Okay, does the person in front of me have any risk factors for future long-term concussion symptoms?” Mark Bayley, the medical director of Toronto Rehab.

Research by Bayley and others, published Thursday in peer-reviewed journal PLOS Medicine, examined data from previous concussion patients in Ontario to determine who needed specialist medical care at least six months after their concussion.

The team found that 12.5 percent of patients had persistent symptoms after a concussion, although Bayley said the number is likely around 15 percent when you factor in those who had widespread symptoms but didn’t seek additional treatment.

The study suggests that people over 61 years of age and adults with “high levels of health care” are at higher risk in the year before their concussion, while those with a history of psychiatric disorders, anxiety, or depression are among the highest risk factors for PPCS.

“When people have pre-existing mental health problems and you then put a concussion on them, does that make them more vulnerable? Maybe their neurotransmitters are changing … and we have to be careful, ”Bayley said.

He added that a history of previous concussions “didn’t show up as strongly as (researchers) thought,” for those who might develop persistent symptoms.

PPCS can include debilitating physical, visual, cognitive, and / or emotional symptoms, including: headache, dizziness, neck pain, sensitivity to light, difficulty concentrating, absent-mindedness, and irritability. Anything beyond three months after the injury could be considered PPCS, Bayley said.

But what does a high-risk score on the computer mean for treatment?

“We haven’t got that yet, but we believe we will follow them closely, try to manage their headaches a little better, train them appropriately, treat them earlier, advise them, relax … could probably lead to a reduction in the number of people.” with long-term symptoms, ”he said.

Mathers suffered from light and sound sensitivity almost daily headaches that sometimes prevented her from getting out of bed for the first two and a half months of her concussion.

She said she was now at the “end point” of her recovery, following a treatment plan that focused on symptom management and exercise and support from the Hull-Ellis Concussion and Research Clinic in Toronto.

Mathers called this support network a “pillar” of her recovery, particularly during the COVID-19 pandemic when social ties were severed.

“I think (the recovery process) can be very isolating, especially for people who may not know they have a concussion or know its severity,” Mathers said. “It has to do with the invisible nature of concussions – someone can look at you and not really know why you are struggling physically and mentally.”

Dr. Alice Kam, a member of the UHN research team who has been using the concussion calculator in her own practice for six months, said it can be frustrating for patients not to know how long their symptoms can last and frustrating for doctors who don’t to do. t always have answers to give.

“There are a lot of strangers with concussions,” said Kam. “So this computer will help us a lot with triage and give patients a certain level of security.”

This report by The Canadian Press was first published on July 8, 2021. 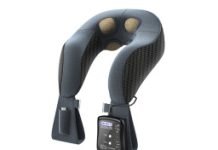 Save 46% for the Dr. Ho’s kit for neck discomfort Mashable

Ferreira is enjoying skiing again and looking forward to his next...

If you need help, do it now. Neck and Back Pain...