For the past month, this column has focused on the nutritional aspects of dairy products and non-dairy alternatives. If you missed this article, it can be found on the Cooperative Extension website at https://rutherford.ces.ncsu.edu. As mentioned earlier, there are options in the market for people who have difficulty digesting milk. In addition to dairy-free alternatives, there is now also a dairy option.

You may have noticed this new milk in the grocery store or seen TV commercials for A2 milk. This is not a dairy-free alternative to milk like almond or soy, but an alternative type of cow’s milk.

A2 milk comes from cows with a natural genetic variation that gives their milk a slightly different protein ratio than conventional milk. All milk contains proteins, including whey and casein, and about 80% of the proteins in cow’s milk are caseins. The special protein beta-casein has two forms: A1-beta-casein and A2-beta-casein. Normal cow’s milk has a narrow 50/50 distribution of A1 and A2, depending on the breed of cow. However, A2 milk is produced by a cow whose gene mutation has resulted in only A2 beta casein being produced.

Cow breeds that have predominantly A2 in their milk include Guernsey, Jersey, Charolais, and Limousin breeds. Other animals such as sheep, goats, buffalo, camels, donkeys, and yaks also produce milk, which is mostly A2 beta casein. Holstein, Friesian, Ayrshire and British Shorthorn cows produce milk with roughly equal amounts of A1 and A2 beta casein.

The health claim is that A2 milk is “easier to digest”. Suppliers of A2 dairy products state that people who experience discomfort when drinking conventional cow’s milk may be able to drink A2 milk “without any disadvantages”. It may not be the lactose in milk that causes gastrointestinal problems, but the protein A1-beta-casein, which is found in normal and lactose-free milk.

Whether digestive discomfort can be traced back to a protein intolerance rather than a lactose intolerance is up for debate. There is very little scientific evidence to support the claim that A1 beta casein is the cause of gastrointestinal complaints. The few studies comparing the effects of A1 and A2 are limited and are mainly conducted in rats rather than humans. More large-scale human studies are needed to support this protein intolerance theory. While the existing scientific evidence is inconclusive, the effects and potential benefits of A2 milk are being studied.

That being said, A2 milk might be worth a try if you’re having trouble digesting regular milk. The appearance, taste and nutritional value of A2 milk correspond to those of normal milk. So if you have discomfort with regular and lactose-free milk, it can’t hurt to try A2 milk. It’s just not necessary for the mainstream population.

Aside from the health debate, “designer milk” like A2 milk could be the start of something big for the dairy industry. These new products could be a source of renewed growth and differentiation. With advanced breeding techniques and other new technologies, farmers could produce milk with distinctive properties such as fewer allergens and specific nutritional profiles. We can already see this trend with the emergence of milk from grass-fed cows. 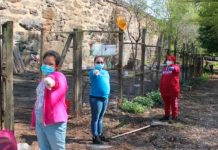 Read this before you consider DIOD green equipment and nutrition maker...

Tremendous growth of the global clinical nutrition market in the period...

The importance of personalized sports nutrition