BESS you … For most of us, the long, hot summer days we’ve been enjoying over the past week have meant making the most of the great outdoors. Swimming in the ocean, biking, or just lying around in the garden is a rare pleasure on a sunny day.

That’s natural, unless you have seasonal allergies.

If this time of year causes sneezing, watery eyes, fatigue, and itching, then listen to the weather forecast for pollen counts as well as the weather.

Seasonal allergies affect between 10 and 30 percent of adults and around 40 percent of children. Symptoms typically appear between March and September depending on the type of pollen your immune system is responding to.

Pollen is a very fine powder that is produced by plants as part of their reproductive cycle.

When you have hay fever, inhaling pollen triggers an immune response that sets off a whole cascade of immune responses, including increased inflammation and the release of histamine as part of the body’s defense against foreign invaders.

Getting on early and working on symptom prevention is the best way to manage symptoms, ideally 2-3 months before the pollen season begins to take the edge off your symptoms.

1. Take a trip to your local health food store and treat yourself to a supplement containing a combination of quercetin and vitamin C. Even better, having some bromelain and zinc in the mix as well. Quercetin, vitamin C, and bromelain all have antihistamine effects. For best results, you should aim for around 1,000 milligrams of quercetin per day, but use caution when taking certain medications, including antibiotics, as quercetin is not recommended. Ask your doctor or pharmacist if you are not sure.

2. Use a balm around your nose to trap pollen and keep it from rising up your nose. Natural beeswax balms are available and some people find that they work well for reducing reactions.

4. Nettle tea is worth a try. Nettle has the ability to block histamine activity and other inflammatory molecules involved in hay fever. Some tea companies make great herbal teas with nettles combined with other herbs like fennel and peppermint. Try Pukka Cleanse Tea.

5. Add some anti-inflammatory foods to your shopping list. Oily fish like salmon and sardines, flax seeds, avocados, and walnuts are great. Also pack a lot of colorful fruit and vegetables in your diet, some fresh pineapple for the bromelain content (especially in the core) and lots of herbs and spices – in particular ginger, turmeric, thyme and rosemary.

6. Take care of your gut – the friendly bugs in your stomach are heavily linked to relieving allergy symptoms. So give them some love for probiotic foods like kefir, kombucha, and sauerkraut, and consider taking a probiotic supplement containing Lactobacillus rhamnosus that has been shown to be effective in preventing allergy symptoms.

In addition to nutritional support, there are also lifestyle changes that can help improve hay fever symptoms: 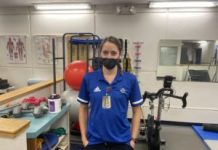