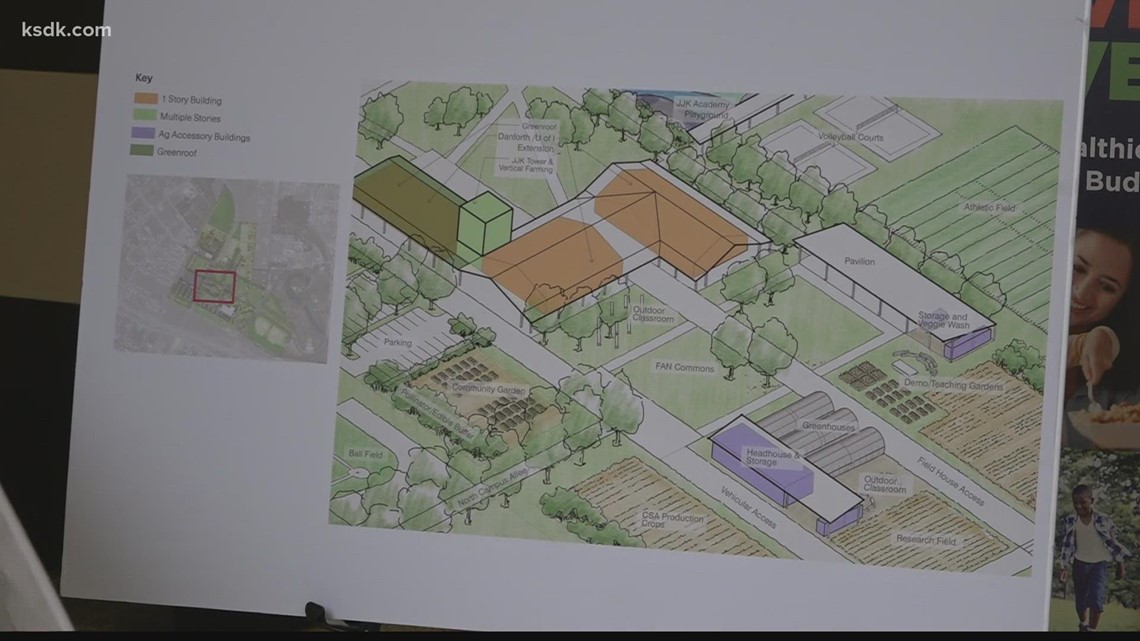 The Jackie Joyner-Kersee Foundation has joined forces with the University of Illinois Urbana-Champaign and the Donald Danforth Plant Science Center.

On Friday, the Jackie Joyner-Kersee Foundation and its partners cut the ribbon on the first part of its Food Agriculture and Nutrition Innovation Center building project.

The foundation, which serves more than 200 youth in the area, has joined hands with the University of Illinois Urbana-Champaign and the Donald Danforth Plant Science Center to create a Food Agriculture and Nutrition Innovation Center.

East St. Louis native, founder, and retired track and field Olympian Jackie Joyner-Kersee said it was not just her athleticism that helped her blossom, but how she ate during her training that sparked the vision.

“Nutrition was a very key component to me performing well. Getting my rest and then also just being able to function,” she said.

The renowned athlete added that the mission is to make sure the youth she serves and others from the neighborhood have access to what they need to grow.

The groups have plans for indoor and outdoor urban agriculture demonstration sites on the land near Argonne Drive with a goal to teach kids and families about healthy nutrition.

The foundation currently manages a greenhouse at Jones Park across the way where students at the existing center grow and eat their own produce.

Darius Pikes, an urban agricultural scientist with the Science Center, has worked with kids at the foundation, seeing the benefit of knowledge.

“They have an opportunity to take the foods that they grow and actually use them to prepare healthy meals for their classmates. East St. Louis is considered to be a food desert and we’re actually addressing that issue through plant science,” Pikes said.

Project leaders said the facility has raised about $10 million dollars in capital, halfway to its goal.

Those funds will allow them to start on the ag facility, an amphitheater, and outdoor learning space.

The new center is expected to be complete in three years.

What is the best nutrition to recover and win? – FasterSkier.com – fasterskier.com

UQ produces digital toolkit for ECEC with a focus on food...