In an accident with two vehicles south of Goshen, two people were injured on Monday night and a driver was quoted.

Leatherman did not report any injuries, although two passengers were injured in his car, police said in a press release. Krauss Short, Ligonier, was rushed to a local hospital for treatment for a head injury, and Alexis Tunstill, Elkhart, was also rushed to the hospital with a headache.

Delgado Chanocua also reported no injuries. He was charged by police for denying the right of way and causing assault.

A third vehicle, driven by Timothy Senter von Ligonier, showed minor damage due to debris from the accident, according to the press release, which police said was minor.

• An Irving Levine, Valparaiso SUV collided with a Zachary Avery, Syracuse van at CR 25 and CR 46 at around 4:30 pm Monday, Elkhart County police said in a press release. As a result of the impact, both vehicles came off the road and stopped in a nearby courtyard.

Levine had to be freed from his vehicle by rescue workers, as the message shows. He was then taken to Goshen Hospital for treatment for shoulder pain. He was also charged for not giving right of way.

Avery was treated on the spot for a hand injury, police said.

• An SUV driven by Grace Lueking, Middlebury, collided with Dennis Bontrager, Middlebury, and the bike he was riding when Lueking tried to pass him on Monday at around 3:20 pm on CR 22 near CR 20 southwest of Middlebury Elkhart County Police Department said in a press release.

Bontrager was taken to Goshen Hospital for treatment for his injuries, police said.

Lueking did not report any injuries. She was cited by the police for unsafe passage, the publication shows.

• David Dimmock, 43, of Portal, Georgia, was arrested by Goshen police and jailed for public intoxication and possession of marijuana after police said he was found at 2:25 am in the middle of the street at Block 2000 on Elkhart Road been Tuesday.

• Bruce Davis, 29, Goshen, was arrested by Goshen police and detained on opposition to law enforcement, misinformation and arrest warrants after it ended near 1414 Cedarbrook Court at around 11:30 pm on Monday. According to a report, police were patrolling a box of goodwill at Martin’s Supermarket Property, 1401 College Ave., over reports of thefts from such boxes. The officers found Davis and another man in the box and ran. While Davis was being stopped, police said the other man, a 31-year-old from Fort Wayne, escaped arrest.

• Odlanier Castro Nieves, 31, 17462 Shamrock Drive, Goshen, was arrested by Goshen Police and after a traffic stop on Tony Lane and Wilden for possessing an unauthorized pistol, possessing marijuana and driving a vehicle while drunk Avenue jailed at 7:35 p.m. Monday.

• Melissa Meadows, 19, 315 W. Oakridge Ave., Goshen, was arrested by Goshen police and detained for possession of methamphetamine and drug paraphernalia, as well as a warrant for a traffic stop at Block 1300 on Chicago Avenue around 8:20 a.m. Monday . Police said Meadows was a passenger on the stopped vehicle.

Goshen police have cited two men for alcohol possession and use in a city park after responding to a separate situation at Rogers Park, 102 Chicago Ave., at around 2:25 p.m. Monday.

• Sean Vezina, Goshen, reported to Goshen police that his bike was stolen from a house at 308 W. Wilden Ave. at around 6pm on Monday.

• Barbara Greenwalt, Goshen, reported to Goshen Police that several rings were stolen from her home, 616 S. Seventh St., at around 2:20 pm Monday.

• Forest River RV employees reported to Goshen Police on Monday that a trailer was stolen from a company parking lot at 3010 College Ave. on May 25th.

Goshen Street Department employees found an abandoned all-terrain vehicle along Blackport Drive at around 9:25 a.m. on Monday, according to a Goshen police report. 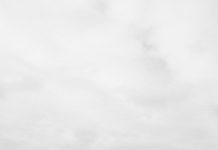 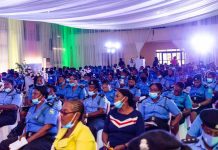 Skipping the MLB All-Star game is an easy decision for Jacob...