Canberra will sweat at the fitness of Dally M-medalist Jack Wighton for Thursday night’s Crunch NRL duel with Parramatta as he battles a rib injury.

Wighton was injured in the first half of the Raiders’ 34:18 win over Cronulla when he caught an accidental boot from Sharks winger Sione Katoa while scoring a try.

The Raiders No.6 was strapped onto the field and then had a needle at halftime before leaving the field in too much pain at the hour.

There are also injury concerns for Livewire defender Xavier Savage, who was one of the best raiders to win despite shoulder pain.

The 19-year-old had previously struggled with an AC joint injury in his career.

With ninth place in Canberra and a crucial home game ahead of him, coach Ricky Stuart indicated that he would proceed with caution.

“This week we have a very short turnaround against a good football team.

“You might see some new faces because I’m not risking anyone right now.

“It’s too much of a balance this part of the season so I’ll wait and see how Jack and a couple of the other guys pull up.”

After a sad run in which Canberra won just two of eleven games, the win on Saturday marked their first consecutive wins since the first two rounds.

But that is the nature of the 2021 season, they are now only out of the top eight in the back and forth and sit in ninth place.

A surprise victory over Parramatta would put them back in a definitive position for the first time since April, at least temporarily.

They also have players getting back in shape at the right time, with edge backrowers Corey Harawira-Naera and Hudson Young clearly taking their best back.

Harawira-Naera completed eight tackle busts and six offloads on Sunday night as he set up one try and made a mistake on another.

He dropped him earlier in the season due to a drink-driving incident and let him catch up after getting back on the team on lap seven. 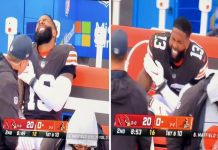 Odell Beckham Jr. was trending hot and cold on Sunday | Baker Mayfield’s freeze-out is over, but OBJ’s dropsy case isn’t 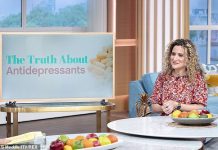 Marcus Rashford returns to Carrington ahead of Man United’s return