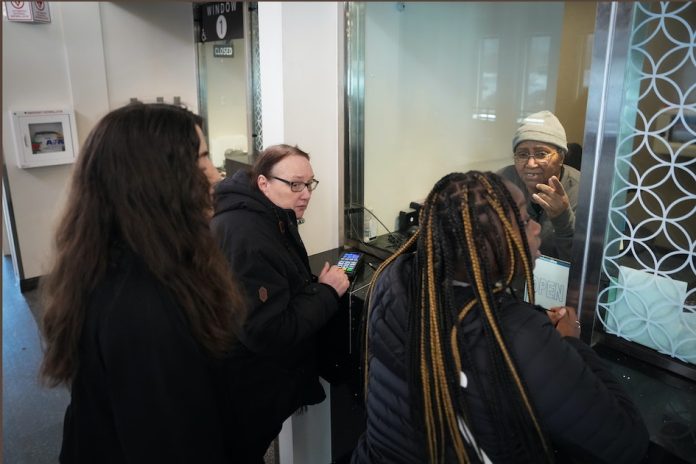 Following days of digging and pushing, as well as plowing The Twin Cities emerged Thursday from one of the biggest snowstorms of January on record.

The official snowfall in Minneapolis St. Paul International Airport was 15 inches during the three-day event, which started on Tuesday evening and ended on early on Thursday, according to the National Weather Service.

Central Minnesota, including the metro area, took the bulk of the damage; St. Cloud was able to measure 13.8 inches while Eau Claire, Wis. only measured 2.2 inches.

The snowstorm was slightly greater in the other regions of the metro region, having 15.4 inches of snowfall for southwest Hopkins as well as 16.7 inches recorded in the southwest region of Savage.

The first rays of sunshine that were the first of days — soaked an amazing winter landscape in the late morning hours but they were a shadow to the layers of powder, snow that was wet, slush and the icy crust that was beneath.

At Minneapolis on Thursday night crews began the final phase of plowing residential streets in the snow-related emergency in Minneapolis which forced car owners to play a musical car amid the snow drifts that often shattered their undercarriages. This created an eerie sound of tires spinning interrupted by occasional snarls of fenders and plastic components. There were grunts and maybe sometimes a curse from neighbours and even good Samaritans were heard.

“We are fully aware of the issues that residents face,” said Joe Paumen director of transportation maintenance and repairs for Minneapolis. “There’s lots of snow on the ground.”

The road conditions were much better on Thursday, however on Wednesday afternoon, areas with smaller residential streets became an endless maze of traffic, with drivers going from one street one to another only to spot a car stuck in the middle in the road further ahead.

Paumen stated that all arterial roads were cleared by the afternoon of Thursday, and that progress was being made in residential areas. The city, he said, was able to clear “about 95 percent” of alleys. However, he stated that in alleys in which vehicles were stuck and there were no tow trucks waiting the plowing was delayed.

Paumen stated that efforts of city workers, such as the removal of snow from downtown, the clearing of corners and intersections, and mopping-up work throughout it, could take anywhere from 10-to-12 days.

The exhaustion caused by clearing the snow that was heavy also led to the sending of some residents to hospitals. Five of the 36 patients who reported chest pains this week in the emergency department of United Hospital in St. Paul reported developing symptoms after clearing snow as per an Allina Health spokesperson.

Minneapolis residents who aren’t able to clear their sidewalks in the manner the city’s ordinance requires are able to call 311 for help to clean them.

While some were able to avoid being fined or towing their vehicle after being stuck or abandoning their vehicle on an emergency route that was planned for plowing, hundreds weren’t as fortunate.

Minneapolis was ticketed for 757 vehicles, and tow 171 during the initial stage of snow emergencies according to a spokesperson for the city. In the city of St. Paul’s night snow plow that night, the city issued tickets to 368 and tow 118 vehicles the spokesperson stated.

Friday is the day three of Minneapolis”snow emergency,” so residents aren’t permitted to park on streets with odd numbers which aren’t designated for emergencies involving snow.

Dalot The manager gets great headaches Dalot: We give the manager...