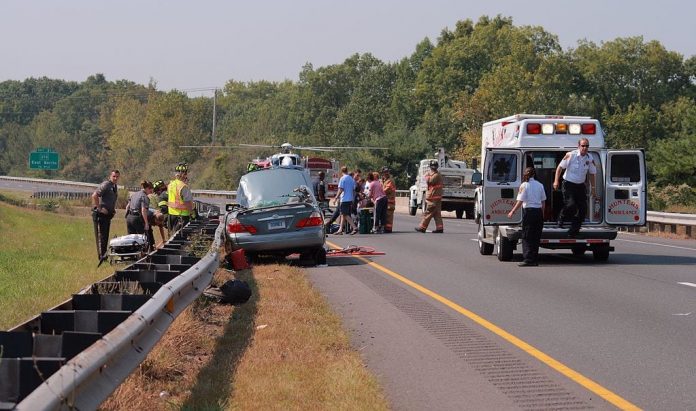 Some injuries show no symptoms for days or even weeks, which can delay much-needed medical intervention and cause serious problems with insurance companies later.

Most of us breathe a sigh of relief when we don’t have to go to the hospital after a traffic accident, but we could still be seriously injured and not even know it. Some auto accident injury symptoms do not fully develop for hours, days, and even weeks, which in some cases can delay life-saving treatments.

Why Do Some Car Crash Injuries Stay Hidden?

Some car accident injuries remain hidden in the body immediately after a car accident due to the sudden surge of adrenaline that is designed to protect you from trauma and help you survive a life-threatening situation.

In addition, this extreme self-preservation reaction is often accompanied by a release of the “feel-good hormones”, also known as endorphins, which, together with the adrenaline rush, conceal pain and other symptoms of injury shortly after the accident. Hiding your symptoms of injury is your body’s way of ensuring your survival in these critical moments.

Types of hidden injuries after a car accident

Here are the most common types of delayed symptom injuries that can occur after a car accident.

Soft tissue injuries are the most common type of hidden injury after a car accident. These injuries, which include strains, sprains, bruises, and damage to muscles and ligaments, usually take hours or days for symptoms to fully manifest. Because of this, post-accident pain can occur a few days after the incident.

According to Mayo Clinic researchers, most spinal cord injuries are caused by car accidents, which is why medical professionals often want to know if you’ve been involved in an accident if you develop persistent back or neck pain. The main cause of neck and back pain after a traffic accident is whiplash, or the abrupt and violent back and forth movement of the body when your car hits or stops abruptly.

Concussions, also known as mild traumatic brain injuries (mTBIs), can easily go under the radar. Some concussion symptoms can take days to weeks to show up. Moderate to severe TBI rarely goes unnoticed, but it kills about 50,000 people and makes over 80,000 people disabled each year.

The most common symptoms of a concussion are unconsciousness, delayed headaches, personality changes, unexplained fatigue, memory and concentration problems, altered sense of smell or taste, problems with vision and hearing, etc.

TBI can be associated with persistent exhaustion after the accident. So, if you sleep too much in the days after the accident, get a medical check-up. If left untreated, some concussions can cause internal bleeding and brain swelling, which can be fatal.

Internal bleeding is often associated with the formation of blood clots. Blood clots can get to the lungs, heart, or brain and cause life-threatening obstruction, permanent organ damage, or death. When they reach the legs, blood clots can cause a serious condition called deep vein thrombosis (DVT), which, without early intervention, can lead to pulmonary embolism.

Fractures after car accidents often go unnoticed because many accident victims believe that nothing is wrong as long as they can use the broken limb. If the fracture is minor, you may not even notice the pain, but all fractures require immediate medical attention as they can lead to infection or permanent deformity.

Some of the most common signs and symptoms of a broken bone are:

· Cracking sound when the bone breaks.

· Pain, swelling, tenderness, and bruising around the affected area

· The affected area may look deformed

· In extreme cases, the broken bone can protrude through the skin

Injuries to the spine

Spinal cord injuries can go unnoticed for up to eight days after the car accident, but if left untreated, they can lead to long-term disabilities such as partial or total paralysis. Serious spine injury can also result in death, so immediate medical attention is required. Look for subtle symptoms such as tingling and numbness, loss of sensitivity, problems with coordination and movement, and general weakness.

There are no two identical car accidents or two identical physical reactions to the shock and trauma of a car accident. Some injuries show no symptoms for days or even weeks, which can delay much-needed medical intervention and cause serious problems with insurance companies later.

Unless you have a seasoned personal injury attorney like John Foy & Associates, who has dedicated his career to helping car accident victims get back on their feet, it would be incredibly difficult to prove to an insurer the new symptoms and injuries are associated with the same accident.

Even if you don’t experience pain or other symptoms of injury after an accident, you should see a doctor immediately to have any possible injuries assessed.

Innovative health app developed together with physiotherapists is aimed at office...