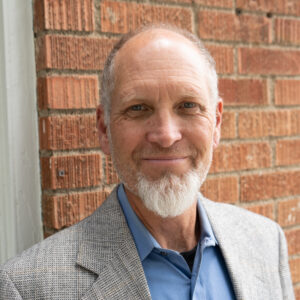 If I could condense the handful of messages I’ve received in recent times into a single email the message could be the following: “Editor, your letters to the editor’s pages are causing me headaches. Please help me.”

In the end, I’m not worried about being the one to bear the burden of headache that results from having people consider difficult subjects. Between us this is the kind of effective Kopfschmerzen that we could all benefit from a bit more often.

However, that’s not what these correspondents were discussing. Their complaints included: letters that run long enough to rival Leviticus and ping pong ball letters in which writers opposing each other bat back and back and forth every week and strip mall letter that is filled with prefabricated national politics and could therefore be composed (and released) by anyone, anyplace and encyclopedias that list a lot of fascinating statistics and facts that originate from no one’s guess. Then there are the letters WRITTEN like this!! which readers don’t see because we lower the volume before publishing.

Don’t misunderstand. I am incredibly grateful to anyone who makes time from their busy day to weigh in on matters that are important to the community as well as themselvesoften with the possibility of being criticized personally. I’ve been kind to letters since I think every person (within legal limitations) has a right to be part of the conversation we have.

I love writing letters that dare to express out loud what many people are thinking however, they are too shy to stand up in class to speak up. I love letters that explore the boundaries of what cultural gatekeepers consider “acceptable” and explore the taboo areas — to remind us that we are able to, that free speech is designed to be used in everyday life.

Yet, at times, bad habits develop and civic engagement ceases becoming a conversation and transforms into something that causes people headaches. When this occurs, everyone suffers as the letters pages – — in fact The People’s Pageshave lost their meaning and their capacity to safeguard our First Amendment through constant practice.

In light of all of this in mind I’ve decided to tighten up the boat with a revised Letters to the Editor Policy. Editor Policy. The following is the policy:

Length. You get 500 words, period. I’ve been in this business for a long time and I’ve yet to see any piece of writing that didn’t get cutting off 30. Write, trim, submit.

Purpose. Share your thoughts about the issues that you consider significant, not your thoughts on the opinions of others. This is the test that you must pass If you are unable to convince yourself that your view is correct without giving reasons why the other person is wrong, you can try again. Make your argument. If you’ve got something to say to someone specific take them out for a drink and have a chat.

Local, local, local. While we’re residents from more Gunnison County, this place is where the individual voices have the most impact and have the greatest chance of having a real impact. We at the Times will not deny any letters on national subjects however we’ll favor those that are more local to home.

Figures and facts. If you are using evidence to back up a claim (“Nine percent of prosctologists agree”) …”), with the statement”) include the source at the end of your letter. We’ll not publish it because the majority of internet URLs are ugly, however, we’ll be able check your math if your numbers don’t appear to be in line at first.

Politics. With the upcoming election season here we will not post letters from candidates for elections to political offices. We also won’t run endorsements from groups, but only individuals. Companies are encouraged to reach us to discuss affordable advertising alternatives.

Thank you notes for kitchen sinks after community activities. People are invited to share their appreciation. Organisations are encouraged to reach us for affordable advertising solutions.

Civility. Be nice. Don’t slander or defame people. While writing, think of doing the same thing while you wait in line during City Market.

Identity. Include your complete name, address and telephone number with your letter to allow us to use internally. We want to make sure that the letters that we publish come from our local residents and subscribers. Not trolls that wrote the same letters in 500 newspapers.

There aren’t any town squares in which we can gather any more. We do, however, have a newspaper which is something that communities of the size of ours cannot declare. Letters to the Editor are a type of open mic we offer in which everyone is welcome. These rules aren’t intended to restrict conversations in any way or hinder conversation, but rather to create a more enjoyable and informative experience for all.

Consider making a contribution for the Gunnison Country Times and support local journalism by ensuring it continues to thrive!

Does washing your hair cause to headaches? A reputable expert weighs...

How to Avoid Headaches Caused by Heat and Migraines Health Digest