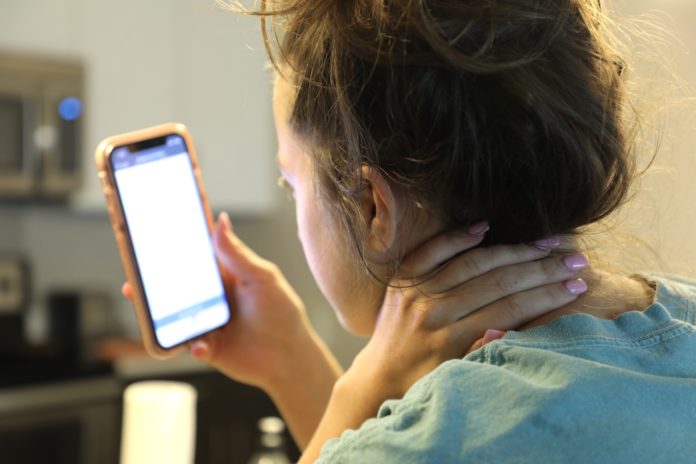 Students often experience neck pain that has been shown to correlate with the amount of time they spend in front of a screen. Grace Fortier | photographer

More and more young adults are suffering from chronic headaches, premature arthritis, and neck pain that seem like symptoms college students needn’t worry about. However, the vast majority of them also own electronic devices – the cause of a condition called “tech neck”.

Tech Neck, a clinical disorder unique to the 21st century, is caused by the reversal of the curvature of the neck due to repeated forward flexion of the head.

“Mainly it is tension or irritation of the upper back and neck muscles caused by holding the head in a certain position for long periods of time and looking at computer and telephone screens,” Richard Gochis, physiotherapist at McLane Student Life Center, said.

According to an NCBI research report, “75% of the world’s population are hunched over their handheld devices with their heads bowed for hours every day.” Especially after last year’s onslaught of digital learning, experts say tech neck is more prevalent today than ever before.

“I think it’s always been a problem with workers sitting at the computer all day; that was the older population, ”said Rapid City, SD, chiropractor and author Josh Biberdorf. “It takes a lot of repetition for your body to lose its normal curve and have what is known as an inverted curve in your back. We’re seeing much younger people now than ever before. “

“I’ve definitely seen a lot of patients with tech neck symptoms,” said Gochis. “I also often see it in the final phase and in the last few weeks of each semester when people are crammed full to write papers and study.”

Rapid City, SD chiropractor Sarah Strain said if a college student had a chronic headache in the past year, she might attribute the symptom to frequent cell phone or laptop use.

“The thoracic spine will curve more so that people will have more of that dome, or C-shape, and eventually, if they don’t correct it or stretch the neck muscles or strengthen the thoracic spine to pull it back up, they will after Take a bent forward posture, ”said Strain. “This will increase the likelihood of chronic headaches and neck pressure.”

“If you think of it as the loop of a safety pin, there are inputs that go from the outside of the body to the brain and come back and tell the body what to do,” said Biberdorf. “If vertebrae from the head are misaligned in this forward position for too long, this safety pin loop will be broken. It’s like opening the safety net; Now the brain can no longer communicate properly with the body. “

Biberdorf described more serious side effects, such as effects on cognitive and spatial awareness, which can impair athletic performance, focus and mental clarity.

“If you start getting a reversal of the cervical curve at the age of 15, you will have arthritis in these areas in 10 to 20 years,” explained Biberdorf. “So instead of getting arthritis at 60 or 70, you will have some arthritic symptoms by your late 30s.”

To prevent this from happening, both Biberdorf and Strain recommend regular adjustments to realign the vertebrae, individual posture exercises and, in extreme cases, physiotherapy.

However, most students don’t have the time or money for regular chiropractic appointments, so both the chiropractor and the physical therapist gave some home remedies to counteract this.

“A foam roller is great,” said Strain. “You can use resistance bands for rowing exercises. A high plank to a low plank really works on a muscle in the lower part of the shoulder blade. Basically, doing little stretching and strengthening would help most people, along with mental cues – every hour to make sure you are sitting straight and pulling your chin back. “

“Whatever we always talk about is chin in, chest out,” said Biberdorf. “Just pretend someone has a string on your chest and pull it out.”

The physical therapy clinic, where Gochis sees both students and faculty members, is open Monday through Friday from 8 a.m. to 5 p.m. and is located on the second floor of the McLane Student Life Center.

“If we can help people, children, our younger generation, our 20-30 year olds to make sure they are aware of it [Teck Neck] and making sure they use these posture cues and strength exercises will, in my opinion, reduce medical costs over time, ”Strain said. “It will help society if we can address this problem at a young age.” 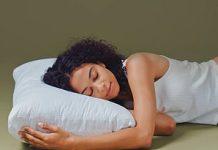 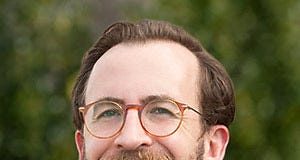